An emergency call to police from a Wanstead resident could have been missed for two days because it was made to the mobile phone of the Safer Neighbourhood Team rather than directly to 999.

The call was made to one of the community support officers who was off duty at the time. The officer told local Neighbourhood Watch co-ordinators: “I’m afraid to report that we received a voicemail message which was in fact a 999 call and this was not picked up for 2 days due to us being off, thankfully the caller rang 999 but an hour later.”

The Met is encouraging residents to ring the police “non-emergency” number, 101, instead of their local team’s mobiles, even when people want to contact their local officers.

The Safer Neighbourhood Teams of the Met Police have been reorganised in the past 12 months, which combined with the closure of Wanstead Police Station may have confused people about how to contact the force.

The confusion appears to be shared by the Met itself – its website still maintains that officers can be contacted at the (now boarded-up) station on Spratt Hall Road. 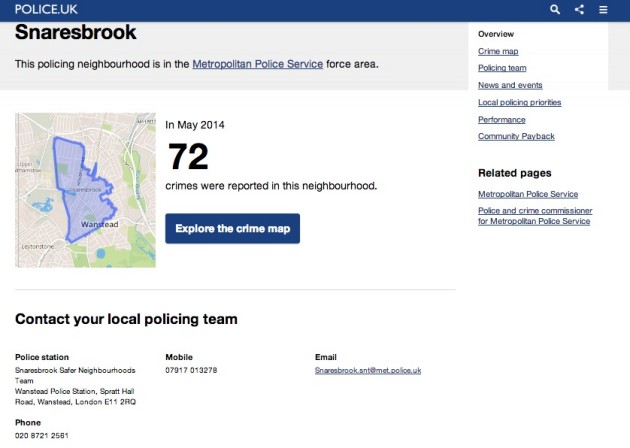