It seems, just like Star Wars, the Wanstead Parking Saga has yet another sequel. A mostly under-the-radar consultation document has been distributed to houses on Wanstead Place with a view to introducing pay and display on the gravel area outside the church. 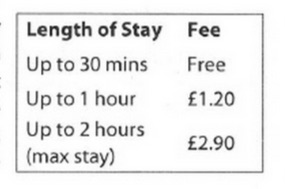 The proposal is that there would be a maximum stay of two hours, with 30 minutes free, but pay and display or pay by phone for longer than that.

The consultation follows a large petition which included many patients from the Wanstead Place surgery who find it hard to visit the doctor. But it will prove controversial with people visiting the church, and it has been asked why the restrictions should apply even on Saturday when the surgery is closed.

It’s almost exactly two years since peace broke out in the Wanstead Parking Wars, when the introduction of parking controls through many streets in central Wanstead was restricted to a single hour in the morning. This meant that parking by commuters was impossible, but for people who wanted to pop to the High Street, parking was, again, possible.

Councillors have repeatedly indicated in meetings in the past two years that there was no appetite to re-open the debate, but this proposal does that, even if only for Wanstead Place. 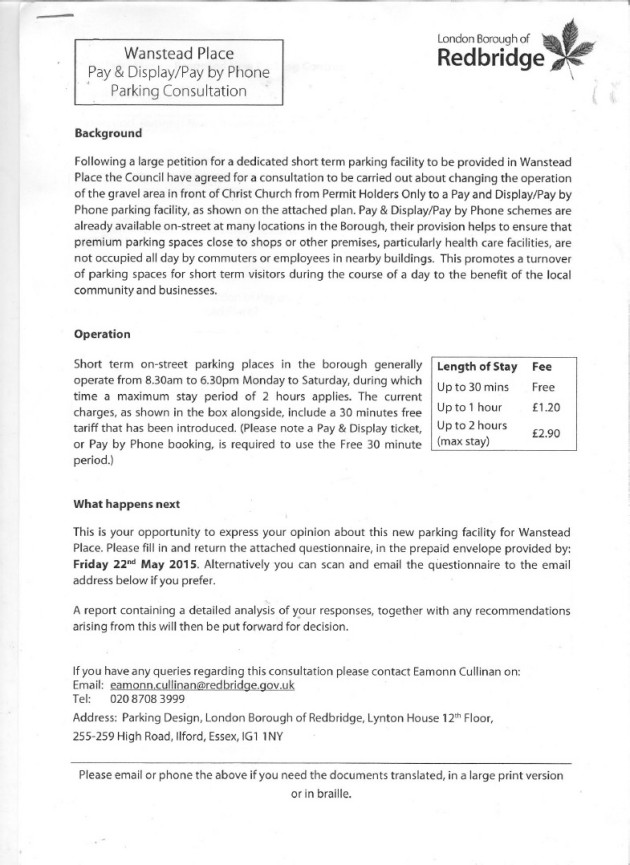 6 thoughts on “Erm… Sorry to break this to you…”