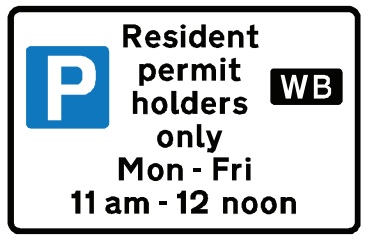 This may be folly to predict, but it seems as if peace might be about to break out in the Wanstead Parking Wars.

The long-awaited consultation of the “residents only” restrictions which were introduced last year to many streets in central Wanstead is to be discussed at next week’s Area One committee of Redbridge Borough Council.

Papers just published, in advance of that meeting, show that council officials are proposing a compromise which will create up to 120 short term parking spots around the High Street. Residents’ restrictions will be largely cut to just one hour from 11am to noon, and parts of two roads which currently have all day bans – Grove Park and Nightingale Lane – will now also have just a one-hour restriction.

The parking wars (which, as far as Wansteadium is aware, have not yet got beyond slightly heated sulking on either side) were created when residents restrictions were introduced to stop commuters parking all day in Wanstead streets from where they would go in to central London on the Tube. But retailers, office-workers and shoppers complained that it had become impossible to park in Wanstead to visit shops or cafes because there was just no parking available.

The council paper says: “The report draws the conclusion from the analysis of the varying views that some relaxation of the parking restrictions will be beneficial to the broader Wanstead populace while at the same time it will be important to continue to provide residents with some degree of protection. In effect, a compromise solution is offered in the recommendations.”

It adds: “All in all, the amendments to the current scheme proposed above should provide in the region of 75 to 80 additional short term parking places in the roads in the current [controlled parking zone] and a further 30 in Grove Park and Grosvenor Road. It should be stressed that this is considerably more short term parking provision than existed prior to the CPZ schemes being introduced given that most of the free bays in the one-hour ban on Spratt Hall Road were occupied by long stay parkers and Dangan and Addison Roads were heavily parked by commuters.”

The full proposals in the report – which will have to be approved by councillors – are:

To introduce one-hour residents permit schemes, operating from 11am to noon on weekdays, on:

In terms of achieving a compromise, the officers may have reached some sort of conclusion, but it is unlikely that everyone will be happy. People living in Grove Park and the Avenue may well object, though the larger houses there have off-street parking.

But while shops and cafes will welcome the general relaxation, probably with garlands and kisses, there may well be debate about the timing of the restriction. Whereas the one-hour limit in some parts of Wanstead is 9.30-10.30, the new proposed 11am-noon limit may leave those relying on a lunchtime trade frustrated.

The debate which has raged for so long will now continue, especially at next week’s meeting. In the meantime, Wanstead Talk (our messageboard for civilised Wanstead conversation) is open for business on the subject of parking at this page.