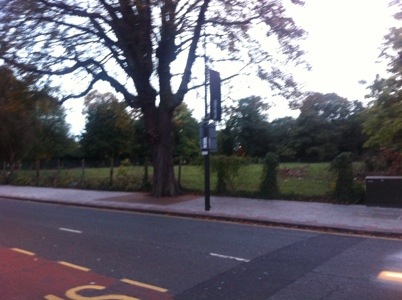 More outspoken words from the would-be developer of the Evergreen Field on Wanstead High Street.

Dalbir Singh Sanger has this week has released images of his proposed development which would include seven houses, two flats and two shops as well as a space which he says could be used for occasional markets.

But he told the Wanstead Guardian:

“I need to make money off the site and we can’t leave it empty. If you go down the road a little bit there is a five-storey block of flats. There is space on the land for 50 flats, we are only proposing nine units. If these plans aren’t accepted, we will just continue fighting with the public for the next 20 years and going round in circles.”

In October, Mr Sanger was equally outspoken, telling the paper:

â€œThe field is fenced off and isnâ€™t benefiting anyone and hasnâ€™t done for 15 years. It is a waste of land and we are trying to bring it back to the community. What we are saying is lets get our head together and work something out. If they donâ€™t want what we propose when we put in our application, we will go to appeal.

â€œIf worse comes to worse we will grow our own vegetables there. There are so many things that we can do there which will be an eyesore to local people. â€ [Our italics]

Redbridge Council has previously said that housing would not be permitted on the site, and the Wanstead Society has made a proposal for mixed community use.

5 thoughts on “Evergreen Field developer: ‘We will continue fighting with the public for 20 years’”