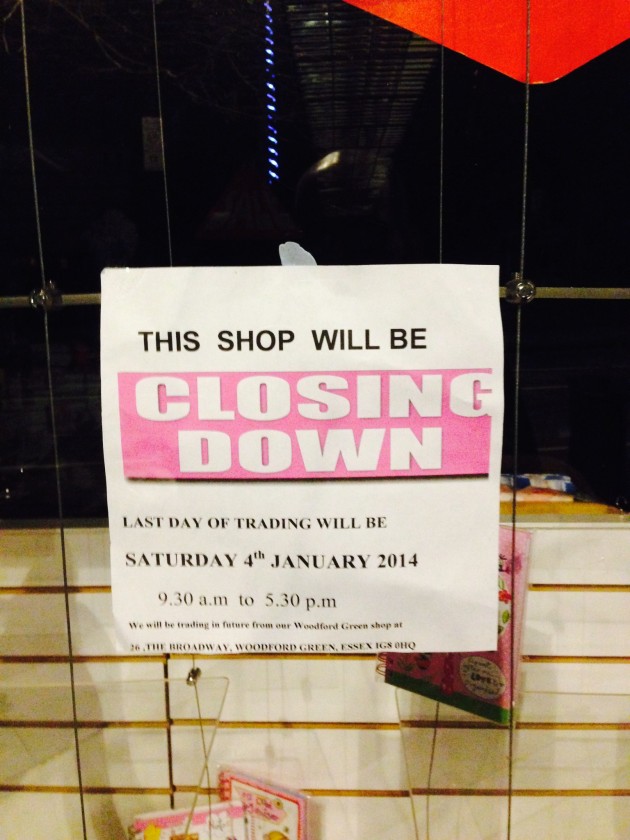 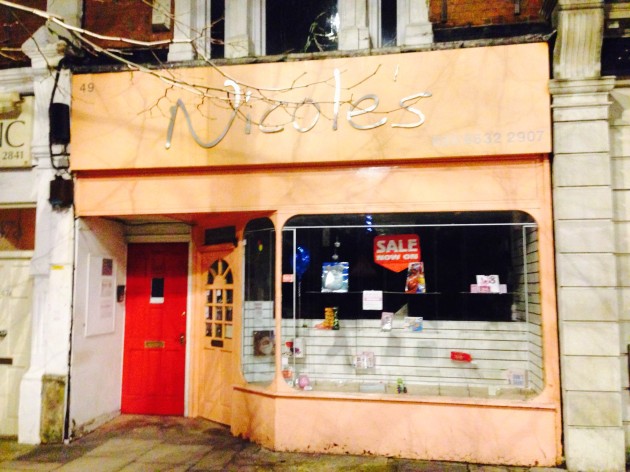 Nicole’s, the card and gift shop in Wanstead High Street, is closing down today, Saturday. A notice in the window says the branch is shutting and business will now be carried on from its Woodford Green branch.

It was in the height of the great Wanstead parking wars, which ended last summer, that shopkeepers complained most bitterly about how difficult it was for people to stop and shop in Wanstead High Street. And it was at the Area1 committee last May which discussed the problem at which the potential closure of Nicole’s was first mentioned.

The apparent solution to the parking problems, and Christmas, have evidently not been enough to persuade the shop it can continue – though the Rio shoe shop near Starbucks reversed its closure plan at the 11th hour in the Autumn. Though Nicole’s has been looking tired for a while, it was a good source of greetings cards and presents and as such a useful addition to the High Street.

It is not yet known what if anything will be taking Nicole’s place – there are already a number of vacant shops on the High Street.

* Wanstead News, the newsagent near the Corner House, is apparently for sale. This listing has appeared on Rightmove offering the business with a nine-year lease for sale for Â£75k. (Credit to reader Mrs Robespierre who spotted it and reported it on Wanstead Talk.) 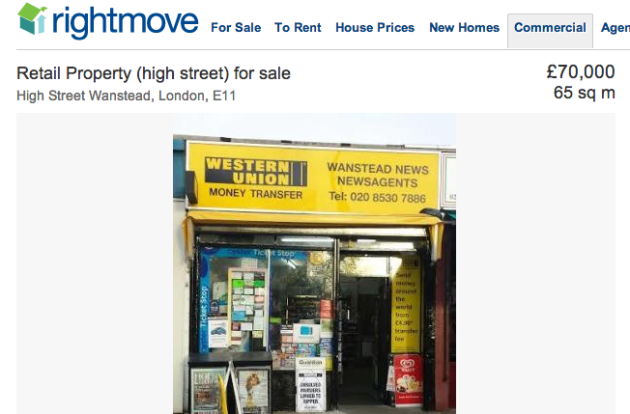