Coveting is not good for your soul. But Juan Stead, a regular commenter on Wansteadium posts, wrote on Monday wrote that for local treasures, people could venture from Wanstead into Leytonstone, where they will find shops which are “huge assets” which “suit the different vibe on the other side of the Green Man”. Juan doubted if they would fit into Wanstead’s more conventional High Street, but taking a look at these might make some Wanstead loyalists yearn a bit.

1. Bookshop/cafe All You Read is Love 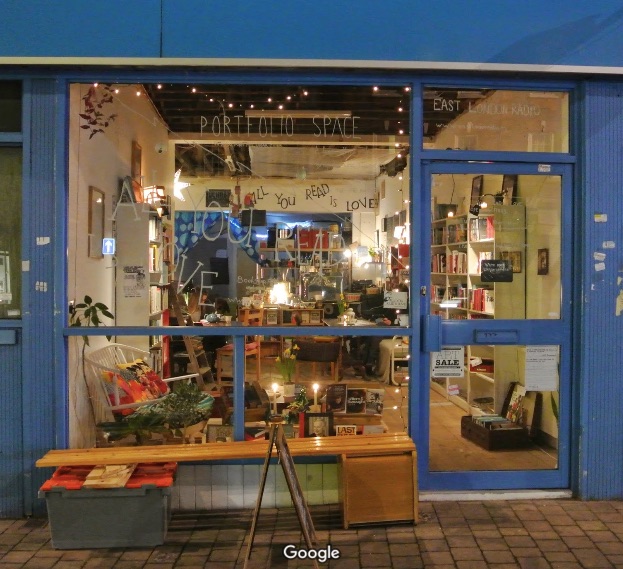 Hurrah, great post. It was actually my list, on one of the Ginger Pig threads, which Juan Stead supported. But I’m not looking for credit 😉

The Wild Goose I believe now closes on Tuesdays since it started opening on Sundays.

Writing as someone who has lived in the Bushwood area of Leytonstone for 25 years but who uses Wanstead as much as Leytonstone socially and for shopping, I’m pleased at any effort to see W and L united by a postcode rather than divided by the Green Man roundabout.

There’s a lot happening in L, not least the change in demographic which is seeing far more young couples/families staying rather than seeing L as merely a stop on the way to somewhere else. The hipster phenomenon may be derided in some parts of London, but seeing the Red Lion full of beards with a bit of disposable income is far preferable to the clientele this spectacular pub attracted in its previous incarnations. Indeed, Antic’s investment in the Red Lion can be seen as one of the key triggers for the ‘new L’.

Yes, there are still some less salubrious parts of L, but even further down the High Road towards Stratford you’ll find independents trying to find a niche and talking up the area as ready for more investment.

So do venture across the roundabout and have an explore: the 5 places I mentioned are great, but there are plenty of others too!

20 Comments on "Five things in Leytonstone which Wanstead could covet"