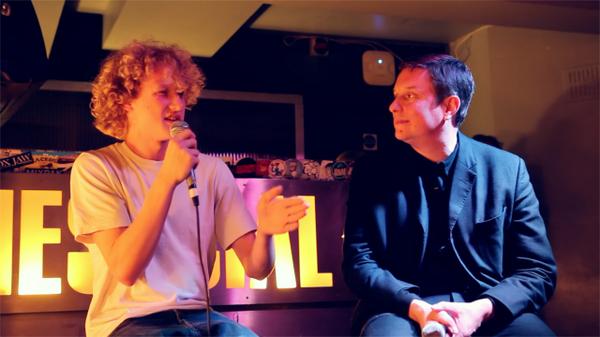 Wanstead journalist Ted Kessler will provide one of the highlights of the Fringe when he brings his My Old Man night to the Manor House next week. By day, Ted is a veteran music writer and associate editor (features) at Q magazine, but he also runs the acclaimed My Old Man website where people write movingly about their fathers.

Ted says: “When my father Felix turned 80 in May 2013, I found myself thinking about what that meant to me. I thought about how our relationship has changed over the years. I thought about his lifeâ€™s journey. And I thought about the conflicting emotions that must run through the mind of a basically healthy 79 year-old standing at the dawn of a new decade. I had quite a lot of thoughts about all this and, in my own conceited way, I thought they might worth sharing.

“In my mind, I hoped to deliver a kind of written through version of Ian Duryâ€™s My Old Man, an unusually gentle song from his classic 1977 album, New Boots And Panties. Over a melancholic bass and drum lollop, Dury reminisces about his departed father. He considers how he was ‘fairly handsome’, ‘smoked too many cigs’, ‘lived in one room in Victoria’ and was ‘tidy in his digs’. The last verse, where Dury describes how they met after a seven-year absence, but how his dad then died before theyâ€™d ‘done much talking’, still has the power to bring grown men (me) to the brink of tears. ‘All the best mate,’ he repeats at the songâ€™s close, ‘from your son’.

“I knew that a blog containing just one post wouldnâ€™t be much of a draw so I also asked a few other writers to contribute, figuring that everyone has an experience or story about their father to relate. This rule applies equally to those who are extremely close to their dads and those who have never met them. Everyone has a unique tale to tell and you always receive a blast of emotional honesty when you ask about someoneâ€™s dad. Itâ€™s a clear peep into the soul.”

The blog attracted around 50 contributions, both solicited from professional writers and unsolicited from passionate readers (“though it’s near impossible to tell the difference between the two, such is the quality of the submissions,” says Ted). It was such an unexpected success that a book is now due to be published of largely new material in late May 2016 by Canongate. 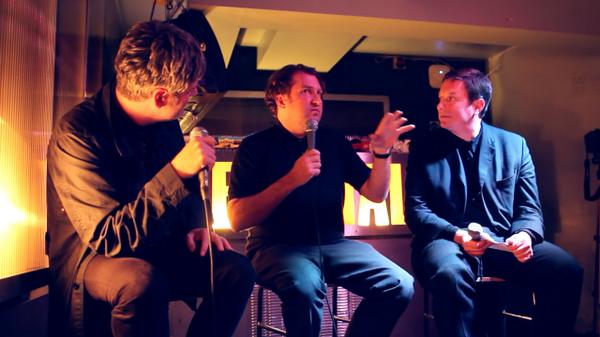 And then there are the live events. Ted has interviewed songwriter and author Ben Watt and Lord Peregrine Eliot separately about their fathers at the Port Eliot Festival in Cornwall, and Tim Burgess of The Charlatans about his dad at Festival Number 6 in Wales.

Joining Ted at 7.30pm on Wednesday 9 September will be none other than John Cryer, MP for Leyton and Wanstead, discussing his relationship with his dad, Bob Cryer, who was himself an MP, representing first Keighley and later Bradford South until his death in 1994.

Ted says: “When it was suggested that I might interview our local MP John Cryer for the Wanstead Fringe I had no hesitation agreeing. Mr Cryer is the son of two MPs, so the dynamic is fascinating, but also – how often do we learn something about the interior lives of those who represent us in Parliament? Itâ€™s intriguing. I hope, too, to have a reading from one of my contributors. Big money contract currently being inked.

“Do join us. Itâ€™s free. And it should be emotional.”

*Tickets are free. Details in full at the Wanstead Fringe website.