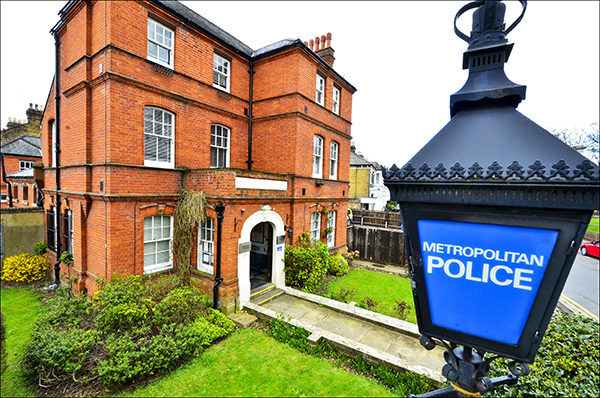 Wanstead Police Station closed for good on Monday, as part of the Met’s efforts to save Â£500m across London.

In a press release marking the new “local policing model”, the Police Borough Commander for Redbridge, Sue Williams, said: â€œVisibility and being able to access officers is the key to policing. Our new Neighbourhood policing teams will be increased in size to deal with local issues. We understand the misery that can be caused to residents by low level crime and anti-social behaviour. The new Neighbourhood Policing Teams will investigate those crimes and deal proactively to target offenders and bring them to justice. Each Ward will have dedicated officers and PCSOs to build on the success of Safer Neighbourhood Teams.”

“Our public consultations were well attended and helpful to enable us to establish new contact points that will be relevant to the Public and enable officers to deal with local issues during peak hours. The Borough will have four such contact points.

“Local communities and businesses will benefit from a more visible police presence that will increase safety, reduce crime and improve confidence and satisfaction for our communities. These changes are good news for Redbridge and working together with our partners and communities, the future looks very positive for the Borough.â€

For Wanstead, though, there will be a new “contact point” where the public can speak to an officer between 7-8pm each Wednesday and Thursday, or between 2-3pm each Saturday. That will be at Wanstead House.

The Wanstead Guardian reports, though, that members of the public will not be able to report crimes at the contact point.

It reports: “If residents want to report crimes they must call police who will then send a officers in an ‘appointment car’ to their homes to get further details.”