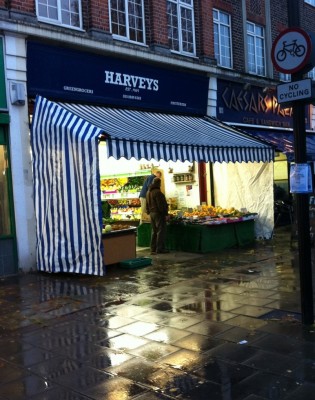 So the greengrocer on Wanstead High Street is called Harveys. Who knew? A new sign has gone up above the shop, proudly pointing out that it was established in 1969 (just like Gap).

It’s simple, and has won the support of the Wanstead-based Smarter High Street campaign, which points out: “Peter Harveyâ€™s been run off his feet since he opened his greengrocery in 1969. So busy that he didnâ€™t get around to putting a sign up.”

Wansteadium is a bit wistful that there are no greengrocer’s apostrophes on the sign, but then one does expect above average of Wanstead.

One thought on “Greengrocer makes name for self”