Rumours are still spreading that pizza chain Prezzo is to open a branch at the former Conservative headquarters on Wanstead High Street (the building with the bust of Winston Churchill outside).

Though not confirmed, the move would make a certain sense. The company is still expanding, having opened a number of restaurants including Chingford at the end of last year, and now has 120 branches across the country.

And the factor seeming to make sense is that the company prides itself on opening in buildings which are “listed or of particular local significance“. The 18th century mansion, historically known as Manor House, is mentioned in W.V. Phillips’ Wanstead Through the Ages. Phillips, writing in 1949, says that while other historic houses in Wanstead were covered with a “soulless facade of shopfronts”, Manor House – which was by then tenanted by the Conservative Club – had “a reasonable chance of of being preserved for a little while longer from the unblushing assaults of the houebreakers or converters”.

He added that the house had two storeys with cellars and attics, and are enriched inside by “much fine panelling”. It was the base for Winston Churchill’s local party while he was MP for Wanstead and Woodford. Churchill died in 1965, and the bust was erected the following year.

That probably qualifies for Prezzo’s criteria, as does the availability of off-street parking. Comparing other local branches (Chingford and South Woodford) only makes the suspicions stronger.

Wansteadium has contacted the company to ask them if they can confirm the rumours. 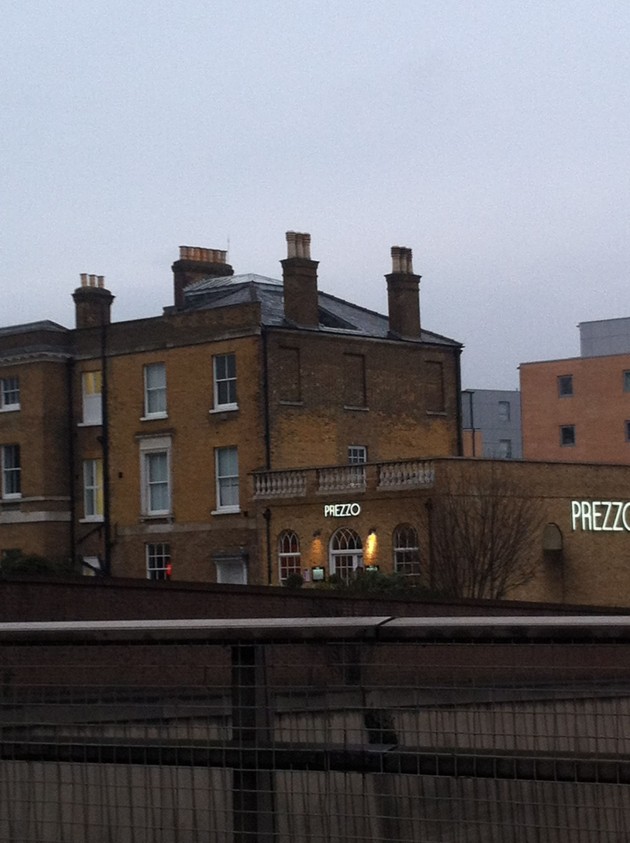