Design-conscious Redbridge residents will be delighted to hear that there is a newly-published Householders Planning Guide available at www.redbridge.gov.uk. The document is is intended to uphold aesthetic integrity in future residential developments. On the subject of aesthetics, I understand that there’s a new establishment in Wanstead which says it provides aesthetics, by which it means Botox. Not quite my, or Mrs P’s thing – we’re more interested in the details of best practice for extensions, conversions, dormers, solar panels and the like, so this new guide is more up our street. The publication does make me wonder where the aesthetic integrity of Redbridge’s various municipal works has been hidden in the past 20 years – concreted under some cheap-looking paving slabs would be my guess on past form. Perhaps we may see some coherent strategy in the future – if Walthamstow Village can be beautiful, so – surely? – can Wanstead.

Beauty
The design guide would have nothing but praise for this Overton Drive property (a four bedroom semi for Â£750k), with beautiful views of the Basin lake, once the approach to Wanstead House. It’s a nine iron to the golf course, the rooms are tall, light and airy – a beautiful family home.

Olympics
Thanks to all those who left comments on my 2011 crop of articles. While Olympic lets and prices in general tended to pique your attention, this remains a property blog concerned with all aspects of life and living in Wanstead. To those who read, but didn’t comment – come now, these things are surely best out in the open. Share.

My 12-point plan
Finally, About this time of year, there are those who are starting to lose grip of their dearly-held resolutions for the new year. To these people I offer one comforting thought: if the resolution was worth making last year, it’s probably good enough for next time around too.

And remember – a potential resolution is still a resolution – you’ve just deferred breaking it for a little while. Let me give you an example or twelve. On 1 January 2011 I awoke to a proud and brave new world in which I would deliver the following Wanstead-enhancing projects and enterprises: 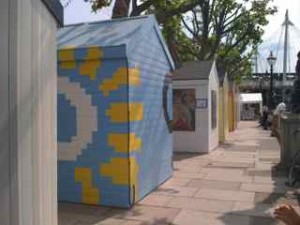 Ok so 1 January 2012 I awoke to the same list – but remember, none of these resolutions has been broken – yet…

One thought on “My 12-point resolution to make Wanstead great”