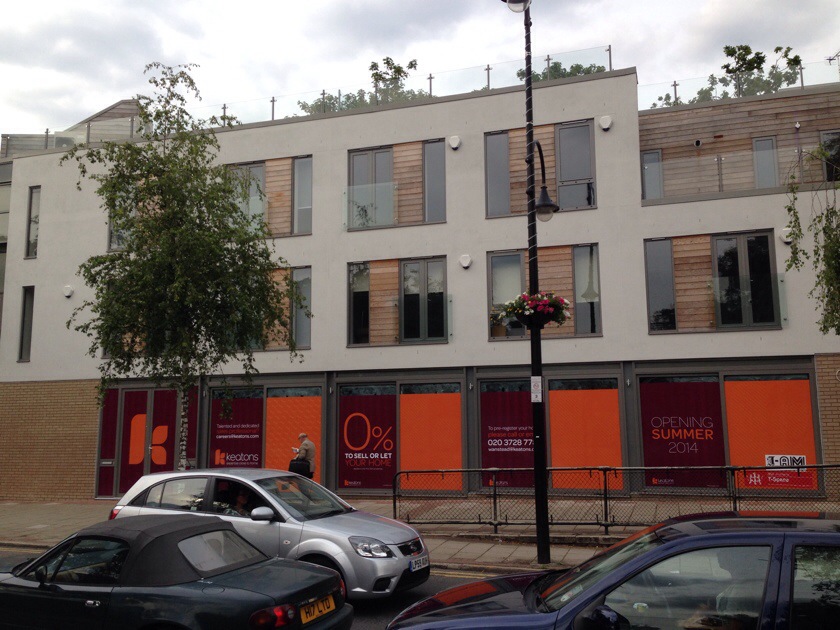 Early speculation that the new ‘flat iron’- style building at Snaresbrook would become a Foxtons turns out to have been wrong – but it is becoming an estate agent.

Signs put up at the office on Wednesday show it will open as a Keaton’s during the summer.

With house prices in London reporting a 25% rise in the past year it’s hardly surprising there is a boom in agents, but this does mean there are at least half a dozen in Wanstead. The office has been standing empty for more than a year since it was built.

17 Comments on "New estate agent on the way"