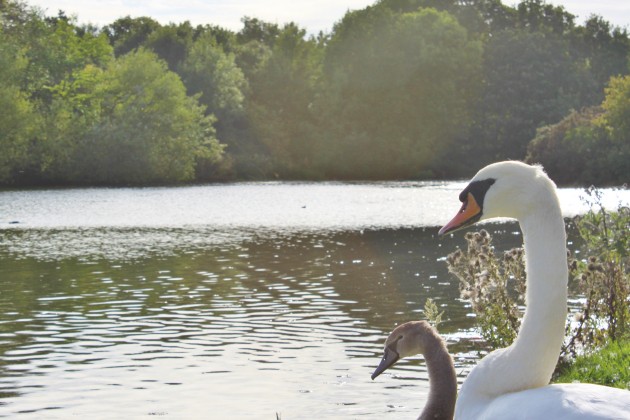 Regular visitors to Wanstead Park are mourning the death of a female swan – known colloquially as Mrs Hannibal – which was killed by a dog which ran into the middle of Heronry Pond.

Mrs Hannibal, pictured above, had been a familiar sight in the pond for years. After the bird was attacked on 10 March, the Forest Ranger and a swan rescue representative went into the pond to attend to the swan, but it died as it was being taken to the Swan Sanctuary in Middlesex.

One of the regular visitors told Wansteadium: “Mrs Hannibal was a particularly beloved character in the park.

“She was known and loved by Park regulars because she had been the resident female there for so many years, and was a very calm, unaggressive bird who families loved to feed and visit. She produced cygnets every year and everyone loved to come and see the little family every year. 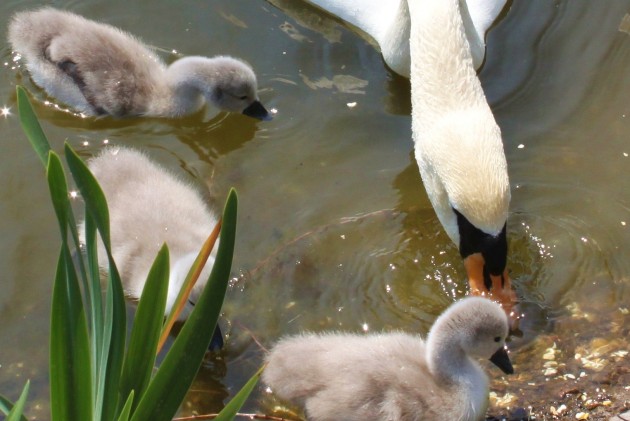 “Her previous mate had been named Hannibal because he fiercely defended his territory whenever an alien swan flew in and tried to spend time at the pond. Interestingly he was only aggressive to other swans but not to humans, who love to feed him also. He died of natural causes in 2012. Mrs Hannibal went on to form a new pair with another male who was ‘widowed’ that year also.”

“This male is now a widower again and has even deserted the park, though I hope this is temporary. It was almost time for nesting season for the swans.”

The Wanstead Guardian is reporting that the park authorities are ‘”gathering evidence” that it will use to prosecute the owner’ of a dog following the death of the bird. Swans are protected species and there are also park by-laws against dogs being allowed in the water and being off a lead if they are out of control.

One of the factors the paper cites is the low water level in the ponds in Wanstead Park, which might have contributed to the dog entering the water.

The Heronry Pond has been drained to allow repairs to its concrete lining. The Ornamental Water has not been receiving water via the Perch Pond because of the infestation of floating pennywort which Wansteadium reported last year.

The infestation is due to be addressed by contractors in the next few months – though complete eradication may be impossible. The Park authorities have applied to the Environment Agency to permission to take water from the River Roding in winter to help fill the Ornamental Water.