Redbridge council has won a three-year injunction against illegal camps being set up at 240 sites across the borough, including parks, open spaces and school grounds.

It comes after an interim injunction was awarded in the summer, which followed a number of camps being set up at sites including the Evergreen Field on Wanstead High Street, beside the River Roding near Wanstead Youth Centre and at Wanstead Rugby Club.

The council estimates that clearing up after 52 camps in a two-year period cost council-taxpayers £350,000. Since the interim injunction was awarded, the number of attempts at setting up camp has plunged, the council says.

Council leader Jas Athwal said: “I’m pleased with today’s ruling, which delivers on my pledge to secure a borough-wide ban on illegal encampments.  It is no easy task to be granted an injunction and it’s a testament to the hard work and meticulous planning of everyone involved at the council that we could put forward such a strong case.

“The interim injunction has proved a huge success and is stopping incursions.  Before that ruling, unlawful encampments were causing huge disruption and costing the council hundreds of thousands of pounds in clean-up and legal costs.  At a time of significant government reductions in funding, this is money that can be spent on the services that matter most to our residents.”

The court filings for the hearing reveal some of the dealings over illegal camps in the past, including an incident in which Redbridge Enforcement Officers blocked an entrance to Wanstead Rugby Club with their Land Rover to get in the way of someone they believed was about to fly-tip on the Roding Valley Park Trail. 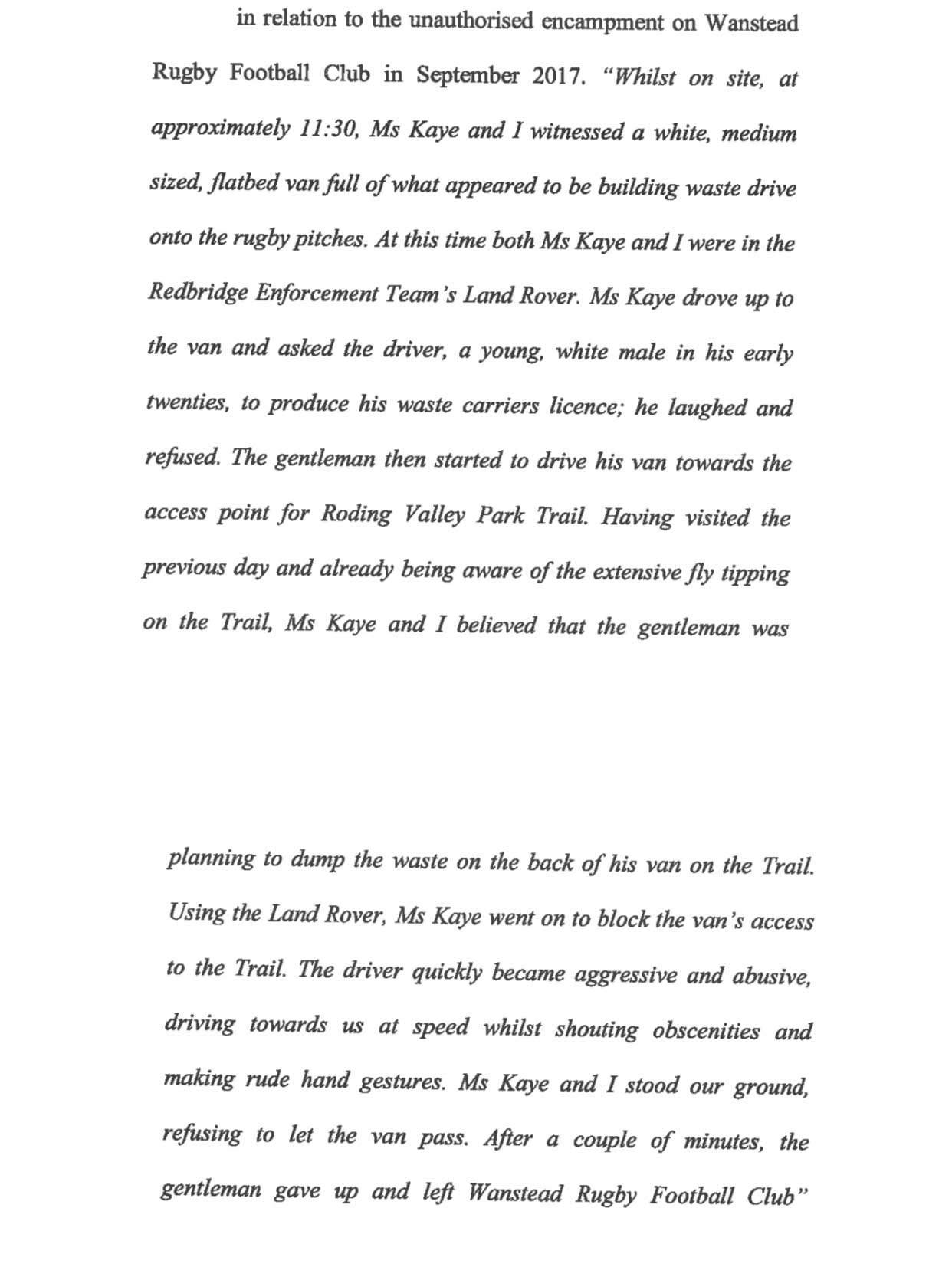 Another statement reveals the extent to which the owner of the Evergreen Field went to persuade people camping on it to leave. 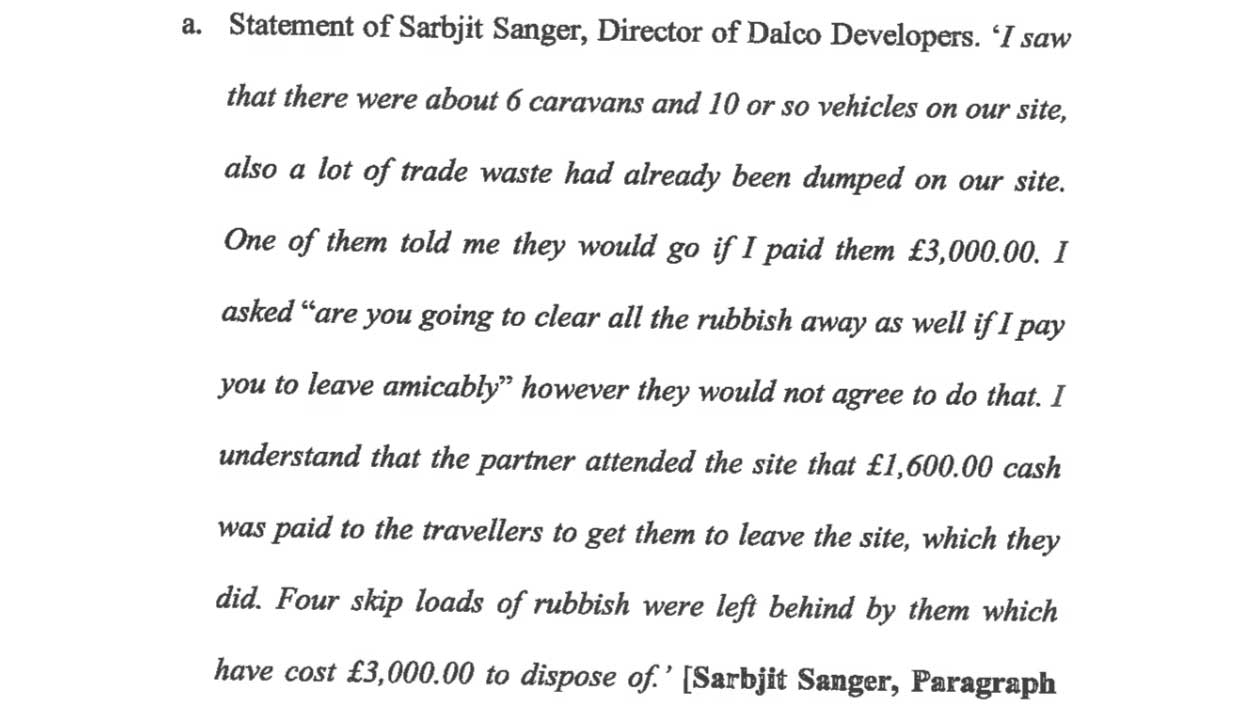