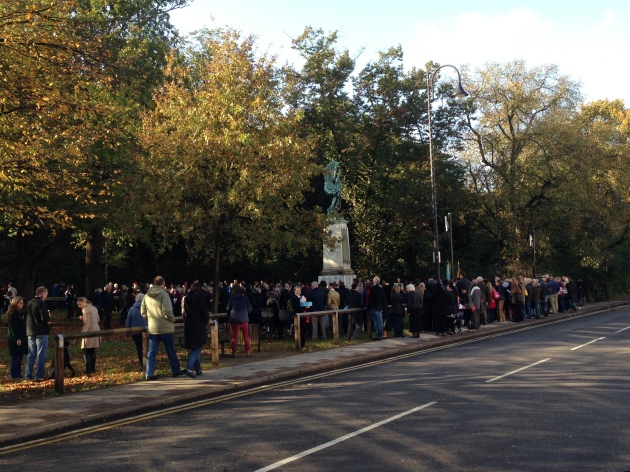 Crowds gathered at the Wanstead war memorial on Sunday to take part in Remembrance Day commemorations. 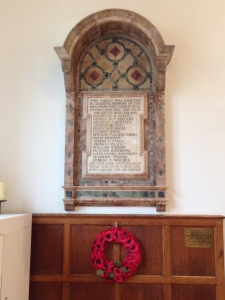 Meanwhile cubs and scouts on church parade heard about the life of a Wanstead man who was killed in 1916. Arthur Blogg, who lived in Wellesley Road, was 25 when he died while fighting at the Somme. He is buried in France.

With his family he had attended Wanstead Congregational Church – now the United Reformed Church – members of which still attend the church. His is one of the names recorded on a war memorial in the church. A wreath was laid in front of it by Ron Forster, one of those family members.

A fascinating project at the church has built up the stories of the 15 members of the church who were killed in action in WW1. An exhibition of the life stories will be held at the church this month – details to follow here later this week.