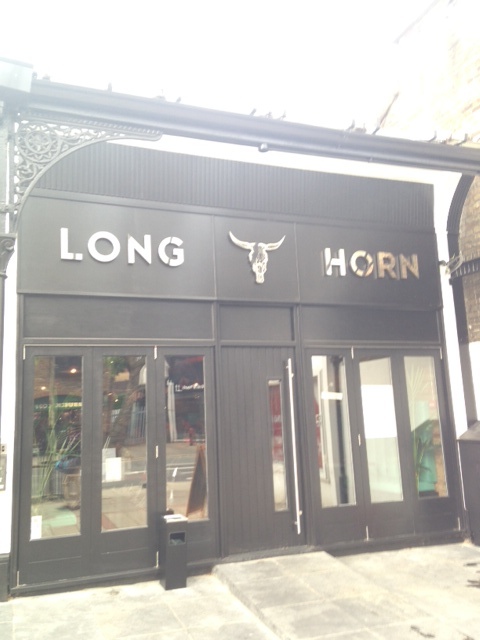 The idea of Long Horn Â – as a burger joint along the lines of GFK or even Byron – is a really good one. There’s nothing like it round here, and there are enough people in Wanstead who want to eat out but don’t want to get on the Tube. Perfect. What could go wrong.

Long Horn has been set up by an enthusiastic and ambitious young local businesswoman who has done an awful lot right – not least raising the level of anticipation – in a very stylish way. And the best decision of all is choosing what is possibly the best spot in the whole of Wanstead for a restaurant.

Going inside, you walk into a long, somewhat dark restaurant, with a pretty cool atmosphere. Exposed brickwork, high-backed banquettes on either side, a neon sign, and stripped wide floorbords. Anyone who used to visit it when it was Cinnamon may have trouble recognising it. The fitting-out of Long Horn has been done properly (with a possible exception of the tables which seemed to have been rather unsuccessfully distressed).

The menu describes itself as “fine dining” – a phrase which, just like “luxury”, is becoming meaningless through overuse. This is not fine dining, but it probably shouldn’t even seek to be. There’s only so much demand for fine dining in Wanstead.

Starters range from potato skins, wings, and chowder through to an inventive panco-coated okra. Main courses are burgers with American additions such as gumbo, jumbalaya and fried chicken; but it doesn’t stop there – there’s also ribs, steak, sausages, fish, and Mexican.

Fried chicken, on the menu as “chicken marinaded in a spicy brine, dried then coated with flour and deep fried, delivered a good round peppery heat. Calling it what it actually is – southern fried chicken – would be more accurate and would actually sell the dish better. As would telling customers that they are using free range chicken, which staff only mentioned when asked. If Long Horn has gone to the trouble of getting meat and fish from environmentally and animal friendly sources, they shouldn’t keep quiet about it.

The sweet potato fries were very good – and the burgers firm yet tender. But it does feel that the menu is overcomplicated for what is called for. There don’t need to be ten different mains. The okra is a nice touch but a bit over the top.

It takes a lot to get somewhere like this right, and the places that one might be tempted to compare it against have tested their operations and formulas through long, expensive, trial and error. It’s not perfect by any means but we really need somewhere like Long Horn in Wanstead, So I feel a duty to return, to support it while it works out exactly what it wants to offer, and to applaud them for what they have done well so far. 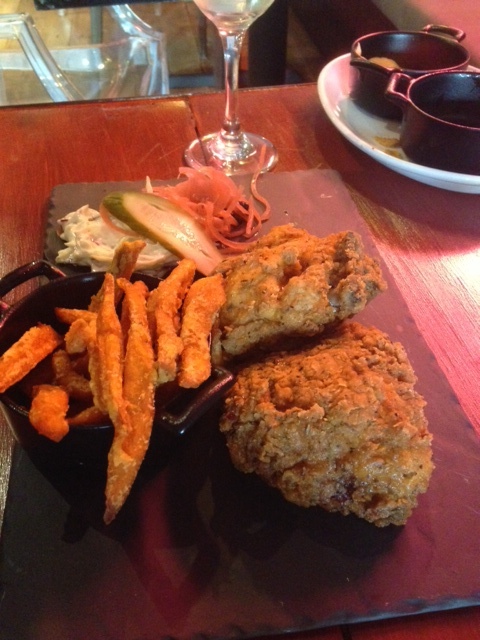 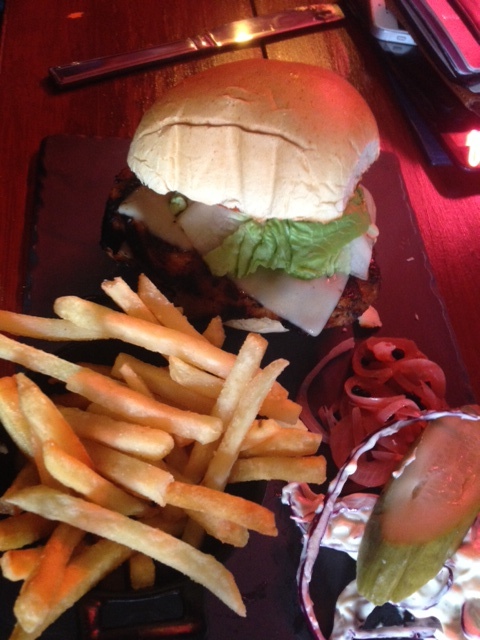