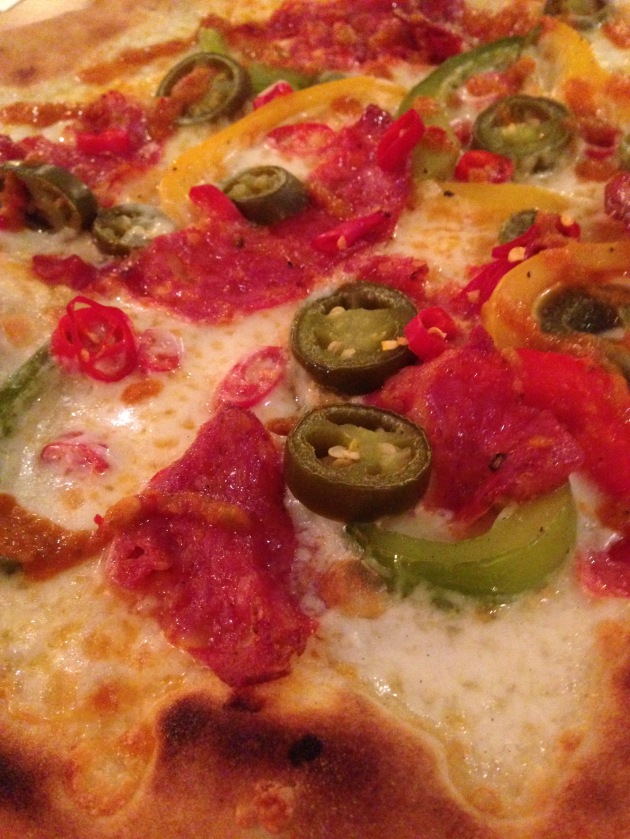 Wansteadium’s food blogger Suki Orange writes:
Iâ€™m not the kind of person who goes on and on relentlessly about the same old issues, month after month and year after year. I canâ€™t bear people like that. I mean why canâ€™t they just make their point, get over it, and move on.

I mean no one cares about hedgehogs, OK? No one. Move on. What people care about is pizza, that much is clear. And I know this is true because ever since I first made the point on this blog some years ago that what Wanstead really needed was a cheap and cheerful pizza place where you could take the family, people have been agreeing with me. Thereâ€™s a difference between having a hobby horse (hedgehogs) and reiterating a point well made (the need for pizza in Wanstead).

So, on one of those post-Yule days when all the Oranges had had quite enough of the turkey and ham, we went to Wansteadâ€™s newest restaurant, Luppolo. Itâ€™s Italian for hops, you know, which is presumably an attempt to cunningly combine the twin attractions of this latest occupant of the former Bar Room Bar: craft beer and the aforementioned margheritas. So, friends, has it happened? Do we have pizza?

Iâ€™m delighted to report that, yes, I think we might. I was never one for Bar Room Bar – too much on the Carling/Carlsberg axis for my liking. And Iâ€™ve never liked televisions in pubs – even if it’s the worldâ€™s dullest programme (and it clearly often is), TV screens have a way of becoming the default option for peopleâ€™s attention. And thatâ€™s just not right – what did the good Lord give us iPhones for? 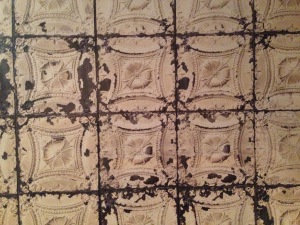 So at Luppolo the TVs are now out. In are some modest renovations which include a few nods towards Shoreditch with quaint tilework and creative lighting, almost completely changing the atmosphere. Looking in from the High Street at the gathered groups, one could be looking into a hip canteen, complete with communal tables and nicely shabby leather and metal chairs. The low-ish 1970s flat ceiling has been covered with the kind of â€œvery old ceiling only recently uncoveredâ€ wallpaper which I believe you can buy in the Orange Tree.

It was clear on the day of our visit that the pizza/beer dichotomy could be the subject of some continued angst for the new owners – on one side of the restaurant a big family group with many youngsters happily ate together. On the other side a stag night was getting under way. Can Luppolo be a natural home for both?

It may be possible, but not for my money without something being done about the acoustics. Itâ€™s too loud in there. The low ceilings, trendy or not, bounce the sound around like a game of Pong. 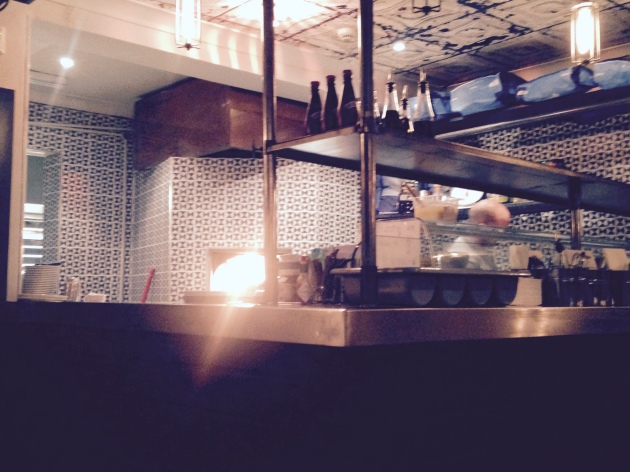 The open fire pizza oven is a welcome sight on a chilly evening, and the efforts they are making to show that they are serious about their business. Bags of Italian flour are on show and are presumably used for the dough which they say they make on site every morning. The pizzas themselves were good and very reasonably priced (from Â£6.95 to Â£11.50). They had thin bases, freshly made tomato sauce, and a good range of toppings – though I was bewildered to see baby octopus with mussels, squid and tiger prawns. If it had had jellied eels it could have been a Deconstructed East End Pizza. Itâ€™s good too to offer a childrenâ€™s pizza, but they are really only big enough to satisfy toddlers. Anyone over five will probably need an adult pizza.

So Iâ€™m quietly satisfied by the experience. I suspect South Woodfordâ€™s Pizza Express might notice.

22 Comments on "Review of Luppolo, Wanstead"