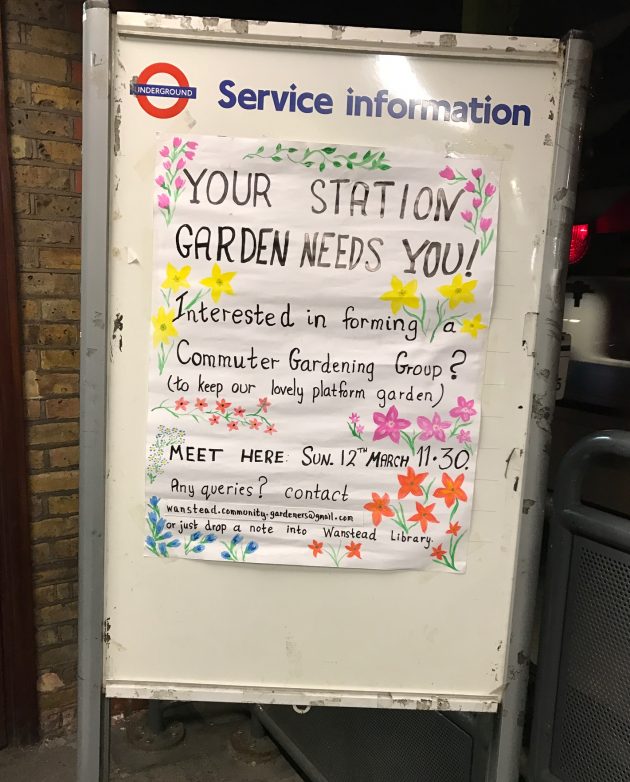 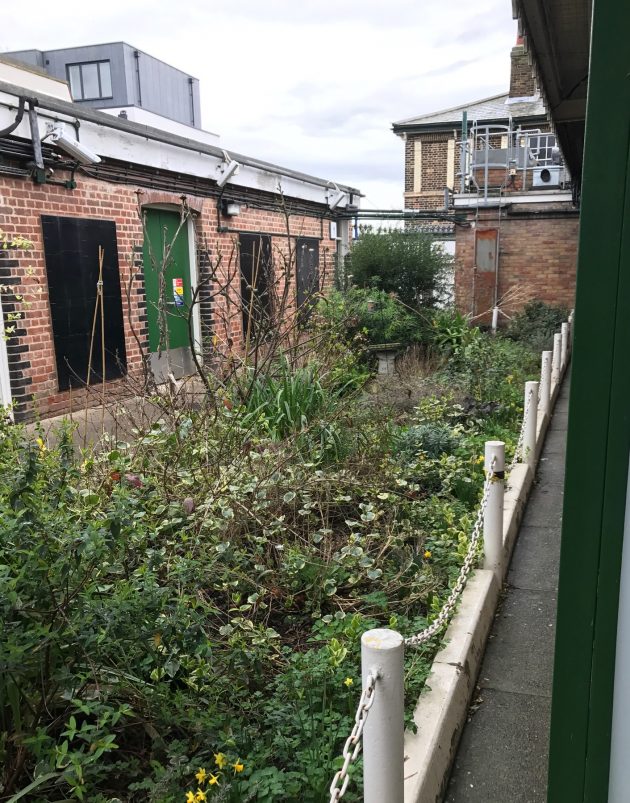 A few years ago the staff at Snaresbrook station started a little garden behind platform two.  Commuters loved it and brought plants so it developed into a nice little higgledy piggledy community effort.
However, a garden only lasts as long as the gardeners and now that London Underground has changed its staffing structure with staff being sent to different stations on a daily basis, the gardeners are no longer there.
It doesn’t take long for a garden patch to deteriorate and if we lost this, we’d lose something which adds interest and character to the station.
Wanstead Community  Gardeners can’t take it on, we’re full to the gills already. However, we have met with the Area Manager and suggested a Commuter Gardening Group to take care of this platform garden. She was very keen on the idea. Anyone interested in helping?
Meet us as Snaresbrook Station this Sunday, 12 March, at 11.30 and be in at the start of this project.  Any queries, contact wanstead.community.gardeners@gmail.com.”

Meanwhile, in other news, the Spring Clean Up which took place last Saturday had a great response. Organiser Dan Slipper writes: 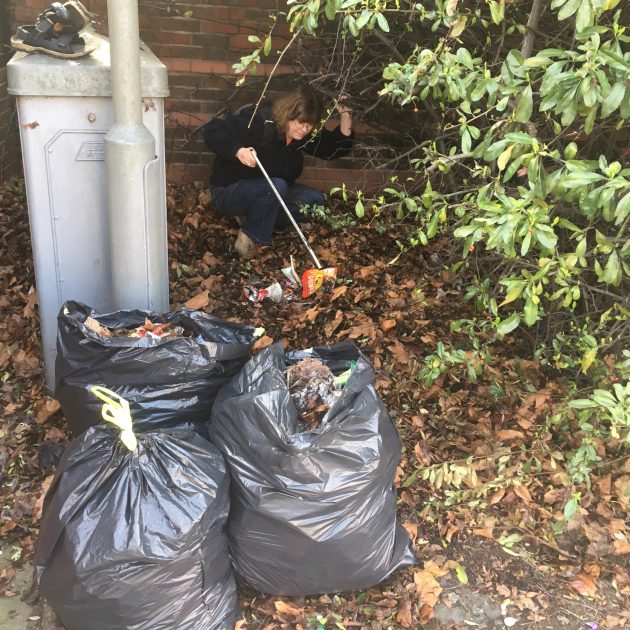 “Local residents as well as community groups including the Wanstead Society, Clean Up Our Neighbourhood and Goodgym Redbridge took part in the initiative.

There are now plans to hold regular litter picking events.  If you would like to be involved please get in touch. 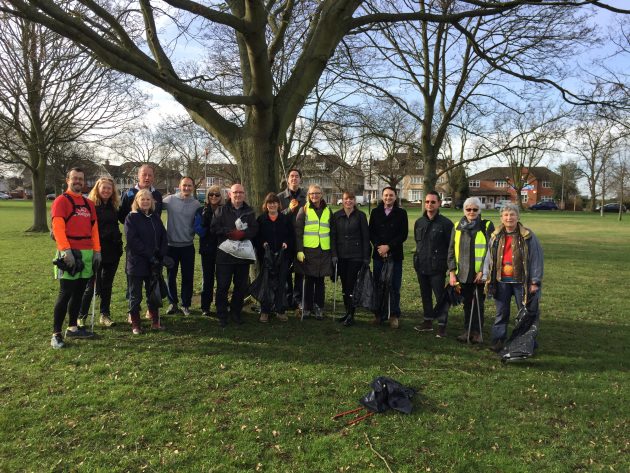