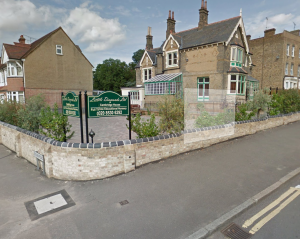 There are some unresolved questions following the incident on Hermon Hill on Wednesday which it would be good if the Met Police could answer.  Judging by the theories, claims and allegations being made on social media (just see the Wanstead-related tweets on this page), some clarification could almost certainly help.

In other news… the Ilford Recorder has now removed the words from its headline and report which it initially said were shouted during the attack. The BBC report did not include the report of those words being shouted, which has led some on social media to claim a conspiracy (but which might alternatively have been for a good reason). The Wanstead Guardian report has not, at the time of writing, been changed.

BBC News is now reporting that the incident is being treated as a hate crime because of comments made during the attack.  No arrests have been made and enquiries are continuing, the BBC says.

This statement now issued by the Met. 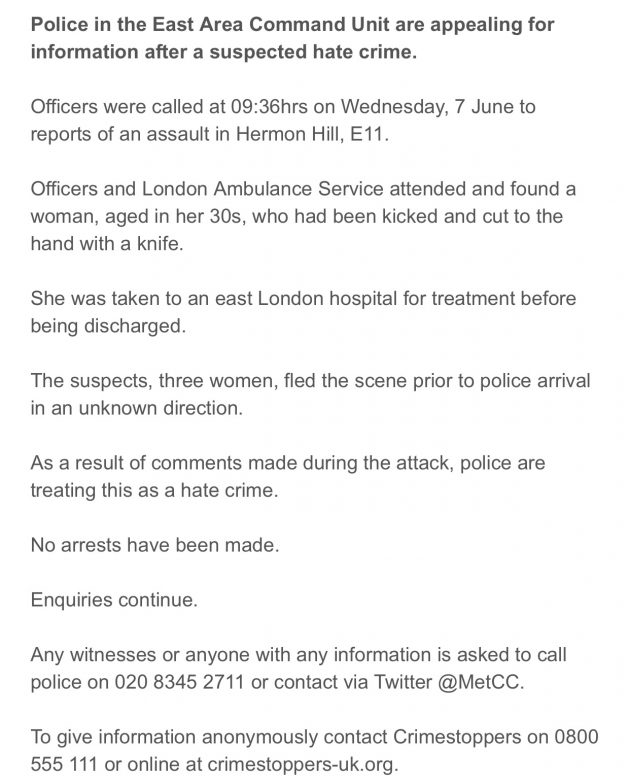