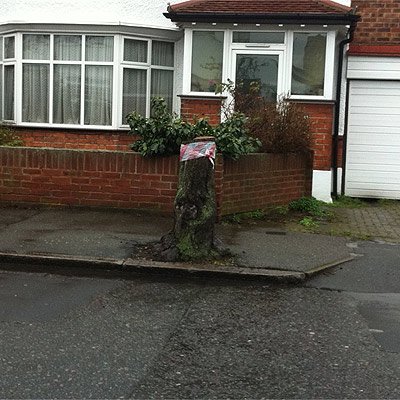 Noticed the alarmingly large number of street trees in Wanstead and Snaresbrook which have been chopped down and bound in red and white tape, as if to stem the bleeding? If you have, you’re not alone. One Wanstead-resident tweeted last week:

The 2010 annual safety inspection of the 2,621 Highway trees in Wanstead and Snaresbrook identified 104 dead, vandalised or structurally unsound trees. Work to fell, remove stumps and then plant replacement trees, is programmed for completion by 31 March 2011.

In other words, it appears this is not a story about council cuts.