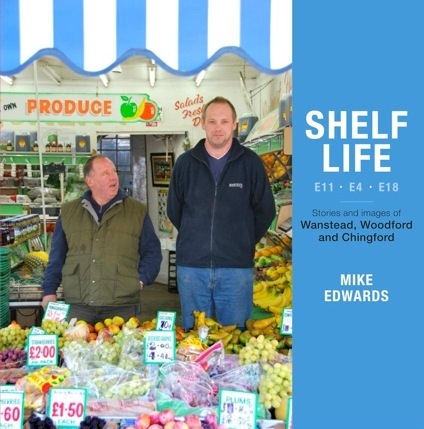 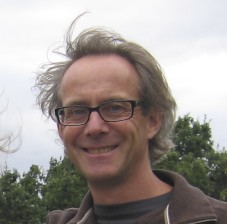 While I was studying photography at City Lit college over ï¬ve years ago, we were sent out to our High Streets to capture images of shopkeepers at their work in a particular style of photography called Environmental Portraiture. My tutor encouraged me to gather more images as he saw a good relationship between me and my Ê»subjectsÊ¼.

But as I did so, I became more interested in the stories that I was being told, and decided to record them alongside the photo. An idea for a book was forming in my mind, and I sought out people who had been in their jobs for many years as they seemed to have the stories I wanted – interesting backgrounds, and an unspoken pride and fortitude in the work to which they were devoted. I was also concerned about the numbers of shops that were changing hands and wanted to preserve these stories and images.

In the past I was uncomfortable going into a new environment, and at the beginning of this project I felt nervous about making requests, as I felt I was intruding into their space, but the more approaches I made, the more my conï¬dence grew, and I allowed myself to hear the positive responses to my project.

I risked asking more personal questions about their lives, with the proviso of course that they had the ï¬nal say about the story to be published, and most people surprisingly opened up and a two way trust developed. It was as if they hadnÊ¼t really been asked properly about themselves, nor been listened to effectively. So they told of the lives they had made for themselves following sometimes very difï¬cult upbringings, experiences before and during the 2nd World War, fascinating facts about their ancestorsÊ¼ routes to this country, going back three or four generations, but also the sociological changes to this area during their lives. I was amazed when occasionally they thought they had nothing interesting to say. I was hooked.

These interviews were conducted over a coffee, or a beer, but the hours spent talking would ï¬‚y by, and I came home with pages and pages of notes to be condensed into a cohesive story. I Ê»voice recordedÊ¼ one story on a milk ï¬‚oat, and have the iconic whine, the clink of the bottles, and the milkmanÊ¼s banter with his customers to remind me of my childhood.

IÊ¼ve learned that it pays to be bold and not be scared to ask. That everyone has something of interest to say, that all it takes is the right question, and then the most important part, spending the time to listen. I hope the resultant book, Shelf Life E11:E4:E18 reï¬‚ects all that I have learned about listening – oh, as well as the origins of the wine trade in New Zealand.

Shelf Life E11:E4:E18 will be launched at the Eightyfour gallery, 84 Nightingale Lane, Wanstead, on Sunday 8 December between 2pm and 5pm.

3 thoughts on “Tales of Wanstead shopkeepers”