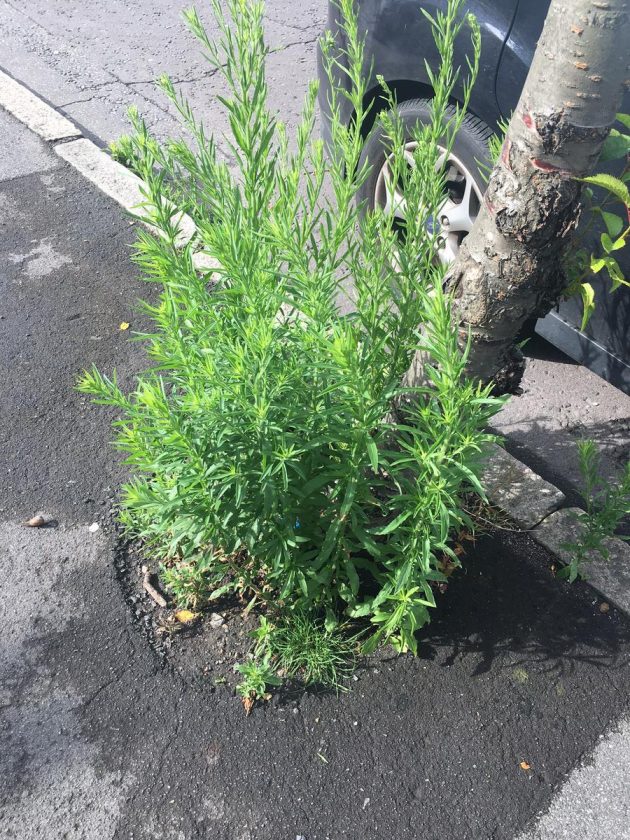 Guerrilla gardener Marian Temple writes: “Now that the council have run out of cash and have stopped spraying our tree surrounds and pavement cracks to death, there are all sorts of delights popping up in cracks, poppies, linaria, even lavender seedlings. There are the usual wayside weeds but one in particular will probably take over Wanstead and the world.

I have to admire its sneakiness. It’s quite a strapping looking thing and as most people assume that weeds are weedy looking and garden plants are legal looking, it escapes attention and sends its thousands of seeds to populate any crack in the pavement or unsuspecting garden.

From its leaves, it looks like a tall wallflower, or maybe a golden rod. It goes from bud to fluffy seed head with amazing speed. The flowers are totally unnoticeable. It can be a mere 6” high or a strapping 3 foot mini shrub. I would suggest that people get rid of it as soon as they see it. Once it is covered with fluffy seed heads, it’s much more difficult to deal with and needs to be carefully cut from the base and put into a plastic bag to prevent the seeds flying to pastures new.

We are into a new era now with money being in such short supply. Things that were automatically done by the council in the past are no longer being done. So maybe we have to readjust our thinking, keep an eye on our public spaces and be more proactive if bodily condition allows. Hoiking out Canadian fleabane on sight would be a good start, not too arduous in fact probably good exercise.

There is a silver lining to the Canadian fleabane cloud. Perhaps in a strange way, we owe our much-loved Corner House Garden (the one on the High St opposite the Coop) to this particular weed. Some years ago I had been watching with sinking heart the demise of this garden. Not only was it full of take-away rubbish, but had spawned a harvest of Canadian fleabane loaded with fluffy seed heads just waiting for the first breath of wind to send seeds all over Wanstead. This was the straw that broke the camel’s back and had me reaching for my secateurs. All was cut and carefully put in plastic sacks.

Something more long term was needed for this prime garden patch on the High Street. The Wanstead Society approached the council with the idea of taking it over as an honorary Wanstead flower bed. All was agreed and hey presto! We have had 13 years of that lovely High Street cottage garden. Many thanks to Canadian fleabane, but please rip it up when you see it. 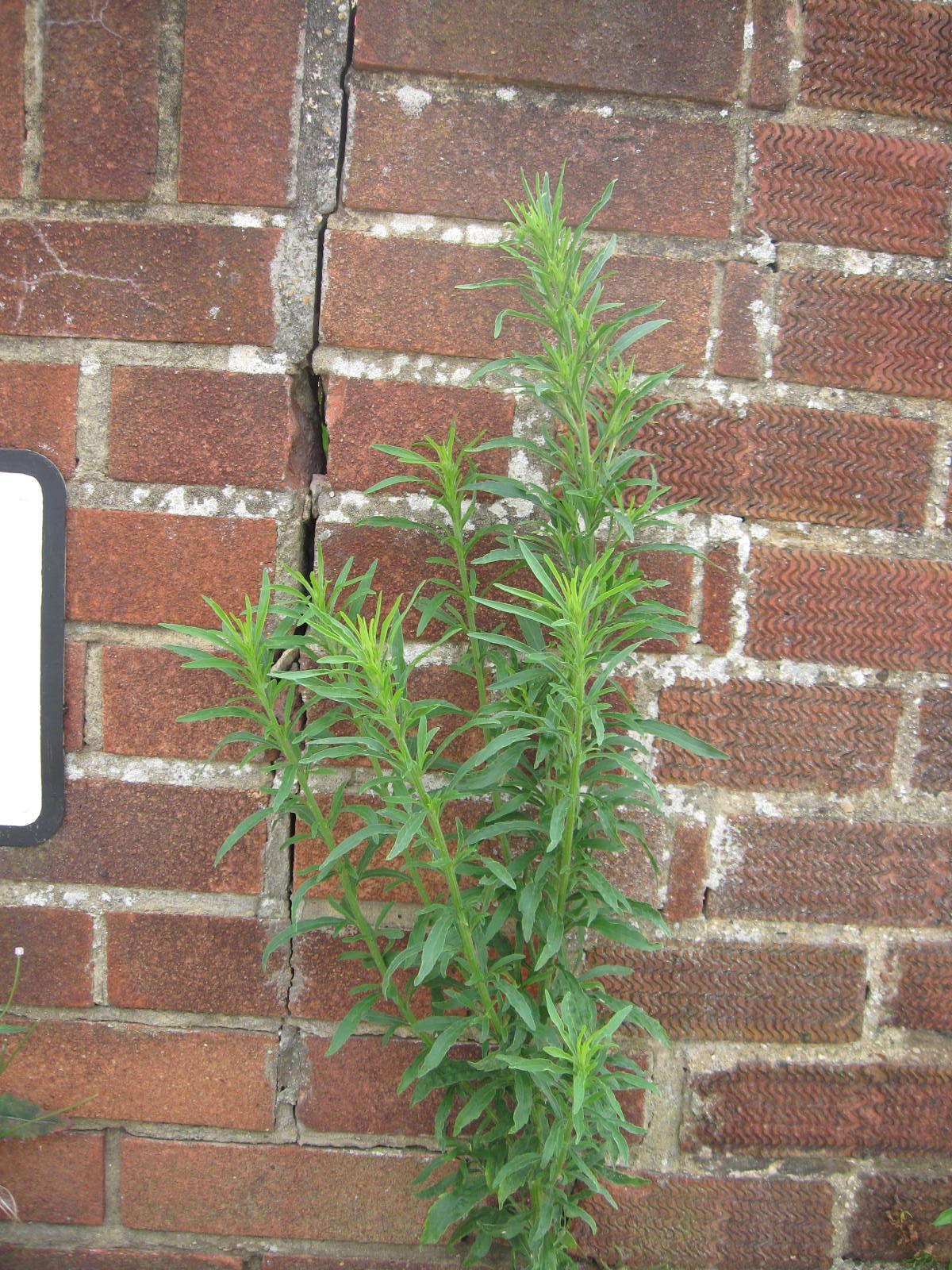 6 Comments on "The bane of Wanstead"