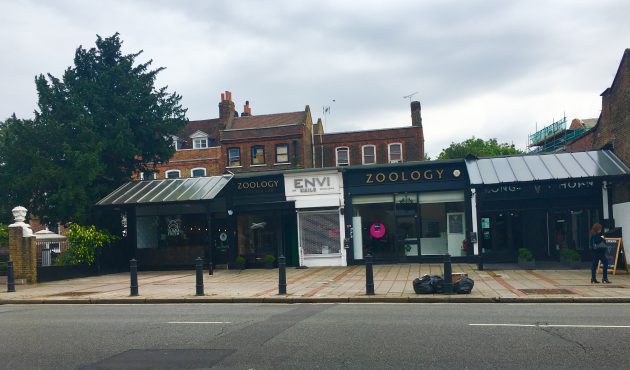 …now you don’t. Wansteadium tries to pay attention to matters big and small around Wanstead, but confesses the removal of two trees outside Sumo Fresh/Zoology/Long Horn passed it by.

They were there when Wansteadium last looked (and the metal cage was actually used as an impromptu bike rack) but now they’re not. It’s as if they never existed. Except Google Streetview tells us we’re not going mad.

Any intelligence out there, please report it below.

Reader Gug Kyriacou writes: “Just to let you know. Redbridge council has been in touch to say, “They we’re removed as there was some construction that needed to take pace underground because the trees on that location kept dying. This work has now been completed and the trees will be replaced closer to the winter.”