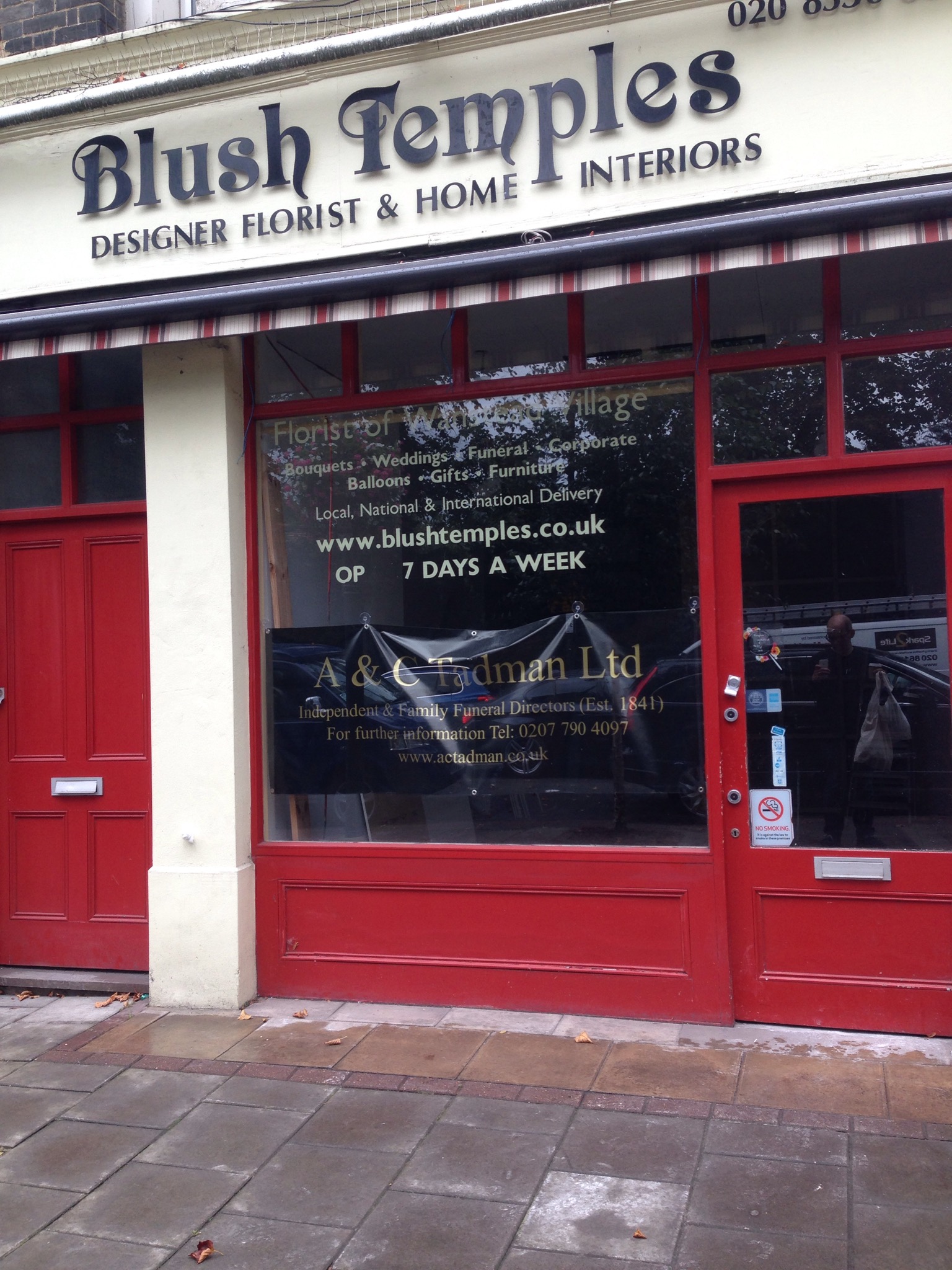 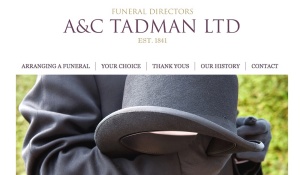 The Larder has a new neighbour – an undertaker. The former Blush Temples florist, which has been on the verge of closing for months, has finally been taken over and renovation work is now going on.

A sign in the window says that A&C Tadman funeral directors will be opening there soon. It seems to be a pretty classy sort of affair, though, with proper East End pedigree dating from the 1840s. According to its website, horsedrawn carriages seem to be something of a speciality. It also seems to be an undertaker of choice for television companies wanting vivid scenes.

There is a really fascinating tale behind the reinvention of East End undertakers, which was memorably told in a lengthy article in the Economist newspaper last Christmas. You can read it here – it certainly repays the effort.