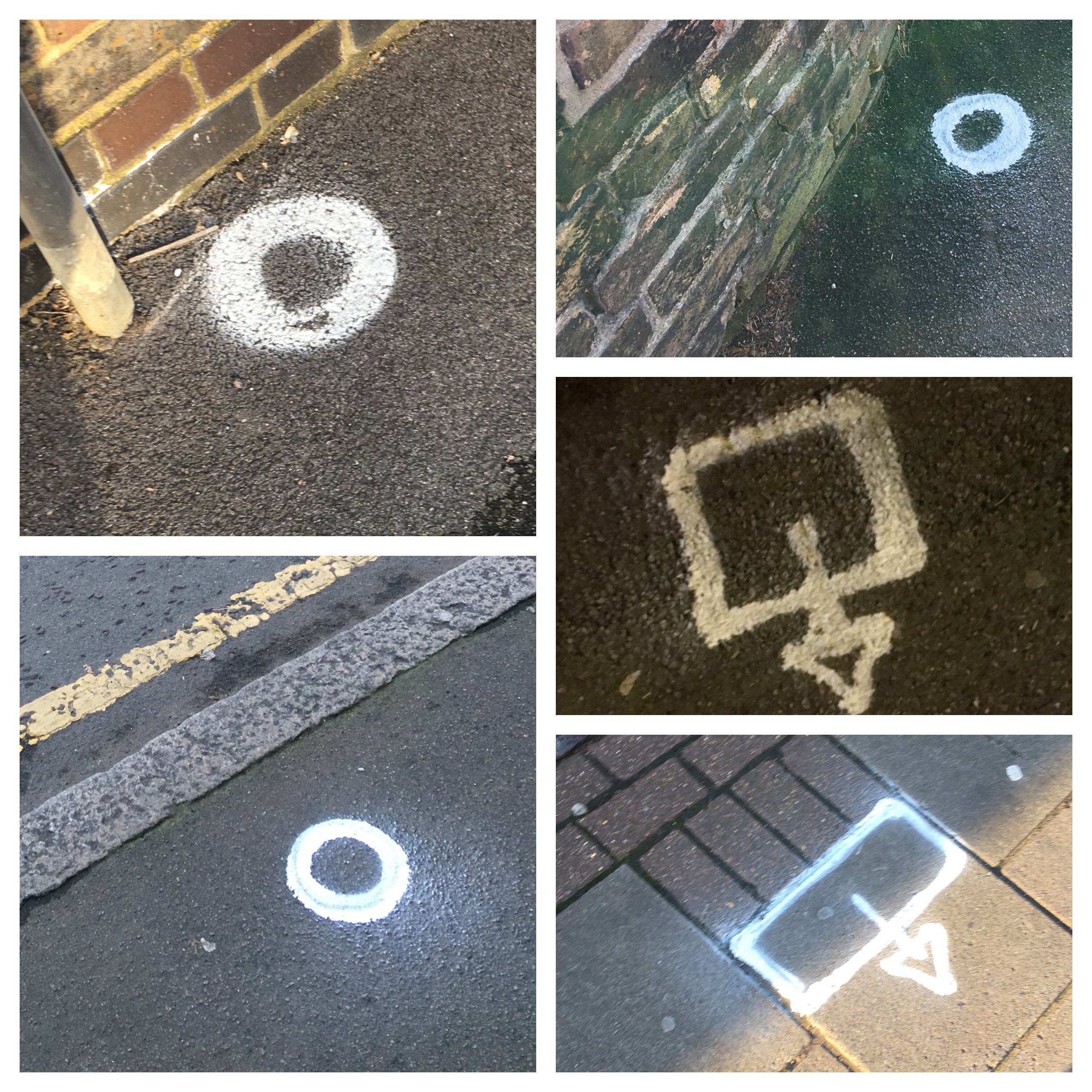 Mysterious white circles are once again being painted on Wanstead roads, along with the occasional arrowed box. They’re a reminder of the time last year when a dramatic parking scheme was about to foisted on Wanstead without any consultation – they mark the spots where new signs advertising parking restrictions will be placed. This time they’re appearing after a consultation which was promised by the leader of Redbridge Council but which campaigners say was deeply flawed and missed out lots of houses.

This means that the parking scheme looks set to be implemented as promised, in January 2018. The campaign group We Want Say has been trying to get the council to confirm its plans amid speculation that the whole thing might be postponed – perhaps until even after the local government elections in May. Some clarity over the next move is expected to emerge today (Thursday) at the meeting of the full Redbridge council.

5 thoughts on “The mysterons are back in Wanstead”