The controversial parking scheme for pay-and-display on Wanstead High Street and residents’ only parking on many surrounding streets is to go ahead on 18 February, Redbridge Council has announced.

The decision will mean a maximum stay of three hours for parking on the High Street, between Monday and Saturday, 8.30am to 6.30pm. Though not in the report released yesterday, the initial consultation document said free 30-minute tickets would be available for very short stays.

Residents only parking restrictions will be added on the following roads, between Monday and Friday, 8.30am to 6.30pm. 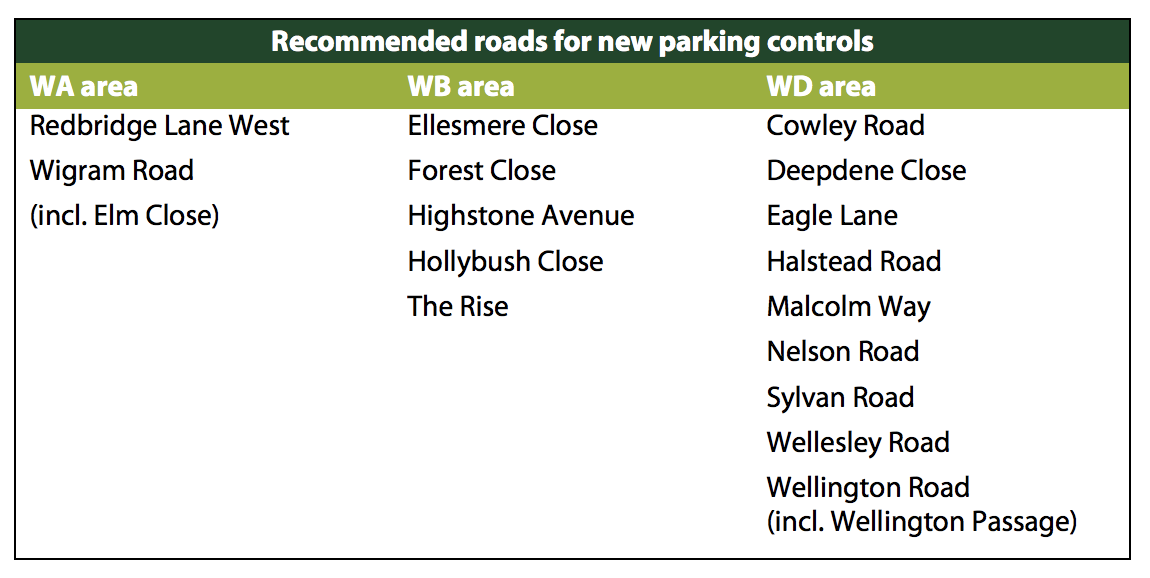 Resident permits will apply one per vehicle, with no limit on numbers of permits per address. They can be for six or 12 months. Disabled badge holders will receive the permit free of charge. But otherwise the costs will be:

The full summary of the consultation and decision is available here, but this is the summary. 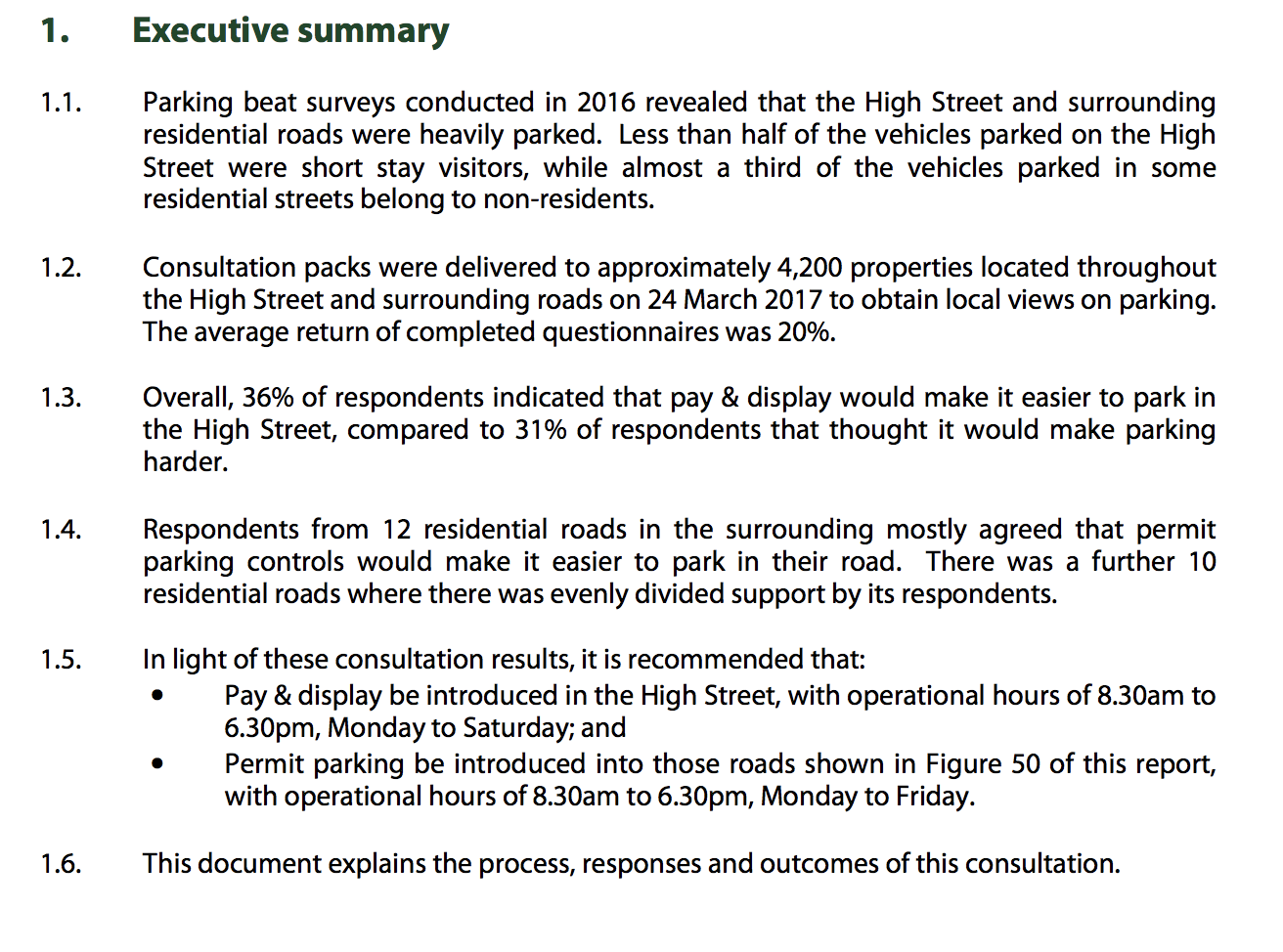 Key findings of the parking study:

The decision comes after a lengthy campaign against the idea. We Want Say campaigners who have opposed the proposals say they are based on a faulty consultation which meant many people’s views were not included. Others have accused the council of wanting to introduce the measures simply to raise revenue. The council denies both claims.