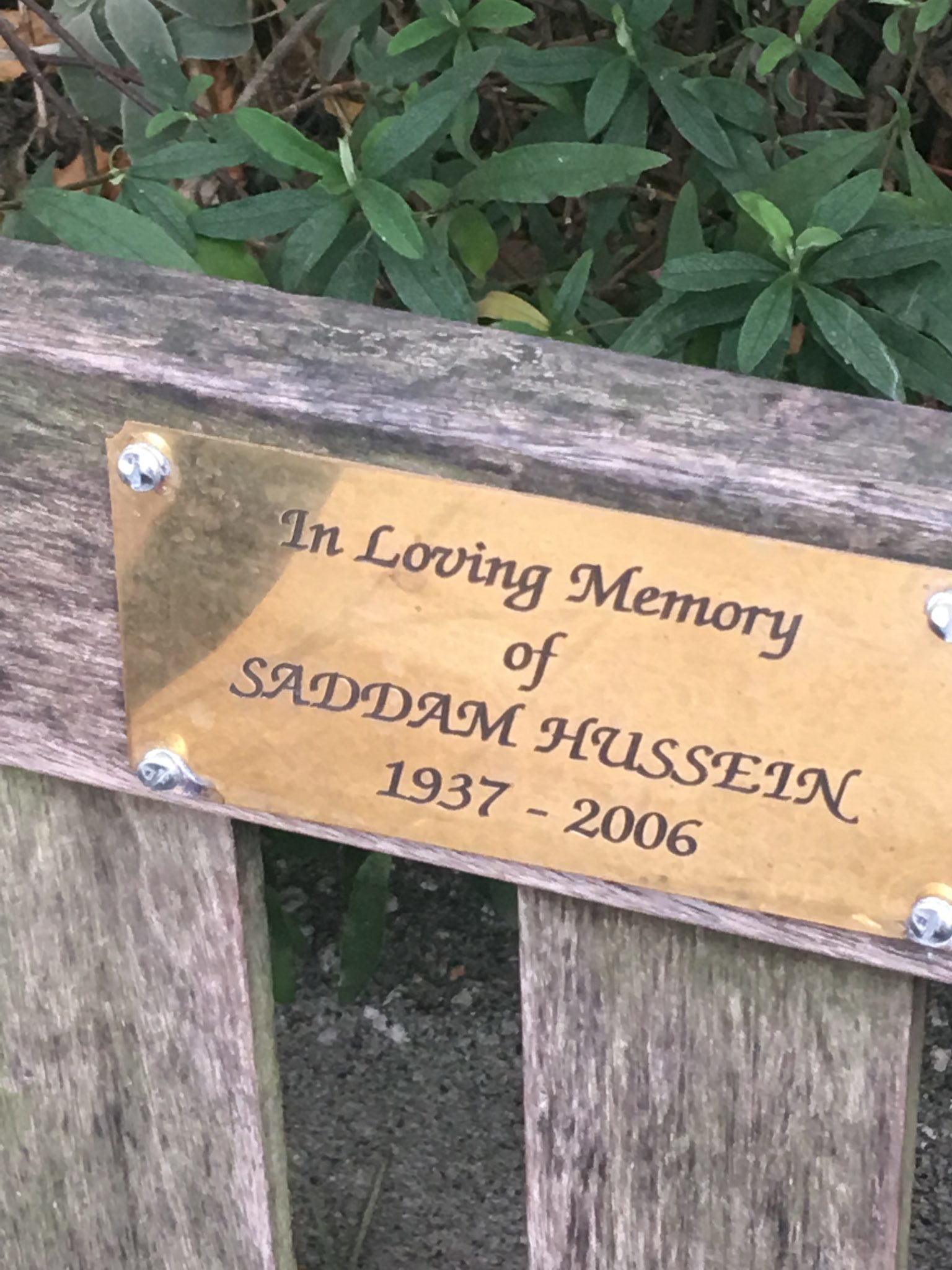 Mystery surrounds a plaque on a bench outside Oxfam on Wanstead High Street which apparently has been put there in memory of Saddam Hussein.

The plaque appears to be a fake, rather than commemorating someone who happened to have the same name, as it appears to be new. The dates are correct for the former Iraqi dictator.

Discussions on Wanstead Community Hub about the sign got heated, with some people saying it was deeply offensive. Others simply took it as a joke. Some noticed that the screws holding the plaque to the bench are anti-theft screws which cannot be removed without a special tool.

Wansteadium has contacted Redbridge council to ask them to check if the plaque is in fact genuine. 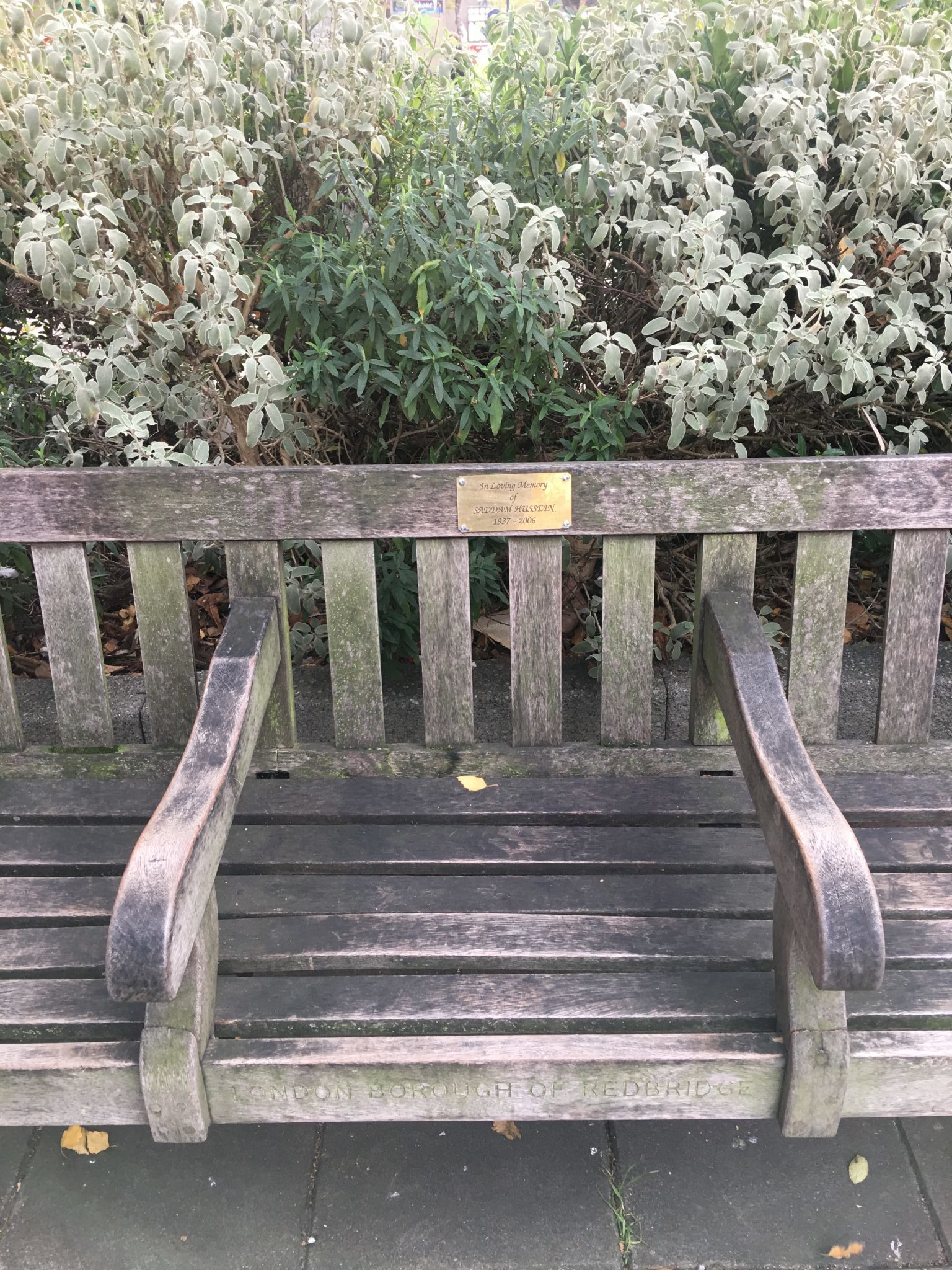 A new local attraction in #Wanstead? I can also confirm the debate on the local community hub was heated. Made a change to the usual arguments about shop openings and parking permits. https://t.co/VpvAspAHym

2 Comments on "The mystery of Saddam Hussein’s Wanstead bench"