Our mini-marathon reaches its climax today with a whole clutch of events.

The day starts in Aldersbrook at St Gabriel’s church hall with a childrenâ€™s storytelling workshop with world-travelled storyteller Tony Cranston. Come at 1030 for an hour and a fantastical time.

NB POSTPONED UNTIL NEXT SUNDAY

The Wanstead Village Show will be taking place at Christchurch Hall, along with the church’s flower weekend. See if your cherry pie is a winner.

There are more chances to experience yoga with trees, and the much admired photo walks with Geoff Wilkinson.

And humans aren’t the only ones enjoying the Pocket of Green installation at Time For Tea – which will now run for an extra week. 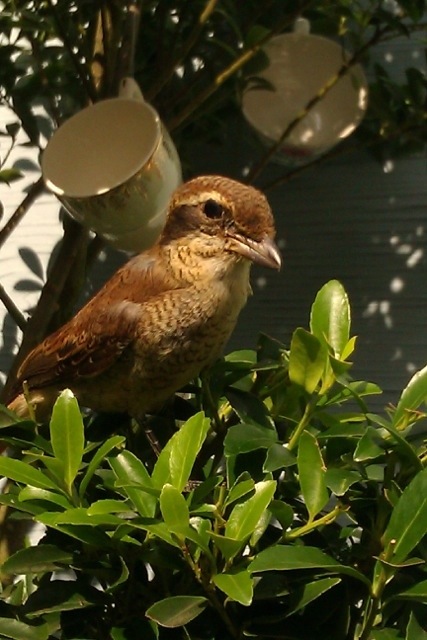 And tonight we have the final event of the 2013 Wanstead Fringe – the comedy night. Here are some things which have been written about our headliner Dave Hadingham:

A consummate comic. Some of the stuff’s near-the-proverbial-knuckle but that’s surely the point, and he not only wins you over but gets you thinking too. Damn fine stuff.

Had to wipe away the tears of laughter, can you ask for more?
A thoroughly sick, but hilarious comic. Pushes everything right to the wire, but he’s really, really good.

IN OTHER NEWS
You may have read elsewhere about the Wanstead Miracle of 2013 when a valiant troupe of four score hardy souls turned their backs on society’s norms and demonstrated that if they wanted to sit in the pouring rain watching a film on an inflatable screen, then that’s just what they would do. Some realised the secret to the task lay in becoming truly childlike – by becoming absorbed in the twists and turns of the film rather than the drips and groans of sodden clothing. All who came were modern day heroes.

And just up the high street, the second and final Music at the Larder gig of the Fringe took place – once again to rave reviews. Thanks to all the musicians – and music lovers – who have supported the Fringe.

Oh what a night. Wanstead is proper trendy now. Top gig at The Larder, big up to @Wansteadium