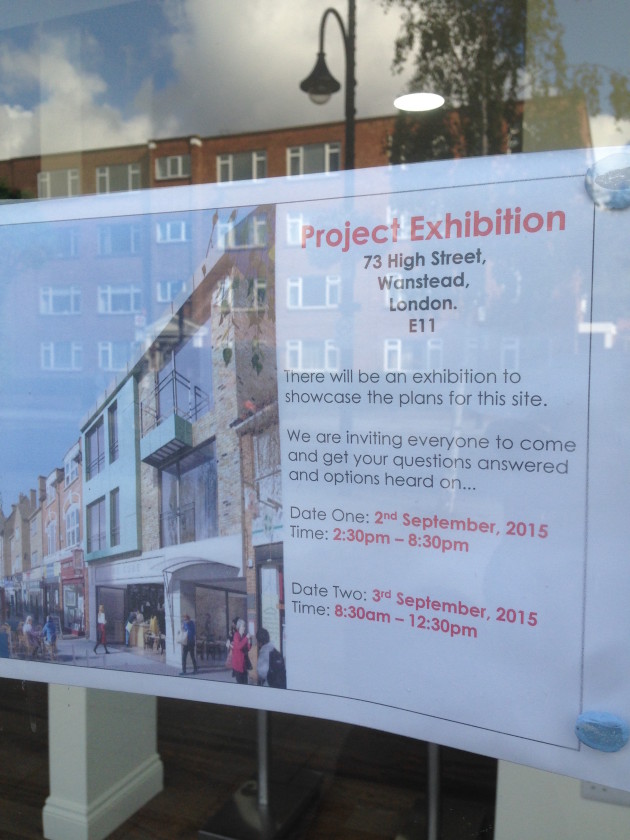 A seemingly impromptu exhibition of the proposals for the Joliffe Builders’ site is taking place on Thursday morning at the site of the potential development.

The plan – dubbed a “brave new world” in the application documents – includes spaces for small shops and offices, including a basement, and a total of 13 proposed flats. It extends on to the car park behind the high street shops.

The development, also known as The Cube, has been opposed by the Wanstead Society partly because it would be clad in green copper and aluminium and would be taller than neighbouring buildings. The developer however says the new building would add to Wanstead’s “village nature” by “providing letable units for local business, artists, entrepreneurs at an affordable starter rent”.

The plans can be seen until 12.30pm on Thursday.