In 2009 the whole town of Scenic, South Dakota, was put up for sale by its owner. Of late I must say I’m beginning to feel Wanstead has been going the same way.

A development company recently advertised the large parcel of land adjoining the High Street that is currently occupied by J Jolliffe Ltd builders.

As the picture indicates, with access directly onto the High Street this is a truly plum site in the centre of Wanstead, with space for residential and retail development.

Somebody with an estimated Â£1.3m to hand must have agreed with this assessment as the advert was removed as suddenly as it had appeared.

Shortly afterwards @RedbridgeBlue (who knows a thing or two) commented on the Wansteadium Facebook page that a sale had already happened.

Of course, on the other side of the road lies the (partially?) for sale Evergreen site – which is sadly no more than a petulant monument to upset local sentiment at present.

Let’s hope that the end product at Joliffe’s is beautiful and useful. Upmarket apartments with their own onsite parking should encourage the new sprinking of local eateries. 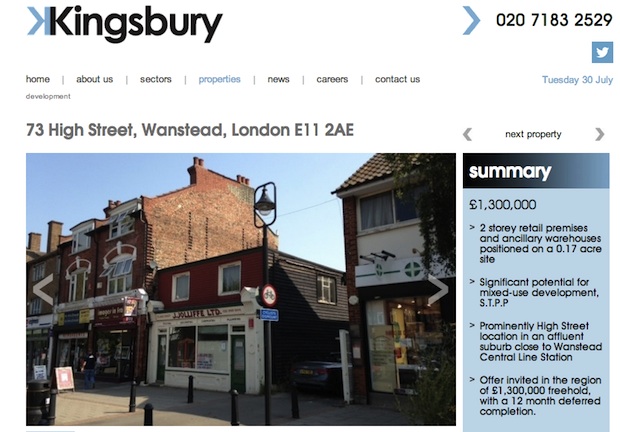 *On the subject of which, as a champion of local enterprise and part time bon viveur I raise my napkin ring to all those restaurateurs who have recently entered the Wanstead scene.

I’m yet to sashay to sashimi at Sumo Fresh – due to open I understand, like the Third Ashes Test on Thursday – but I’ve certainly enjoyed meeting with other moguls and tycoons on the Provender terrace this summer during the recent sunny months. An incarnation of Hadley House appears to be making a comeback as well, with some decking appearing outside the building together with a wheelchair ramp run at a rather rakish angle (seat-belts advised).

Possibly most excitingly of all, the incoming maitre patissier at Nice Croissant is reputedly a Generalissimo of the gateau, a trojan of the tart, a mousquetaire of the macaron. People sometimes take the village ambiance for granted, but Wanstead derives great benefit from the hard graft and hot ovens of these business people (I should also mention those running the nattier boutiques). Bravi. 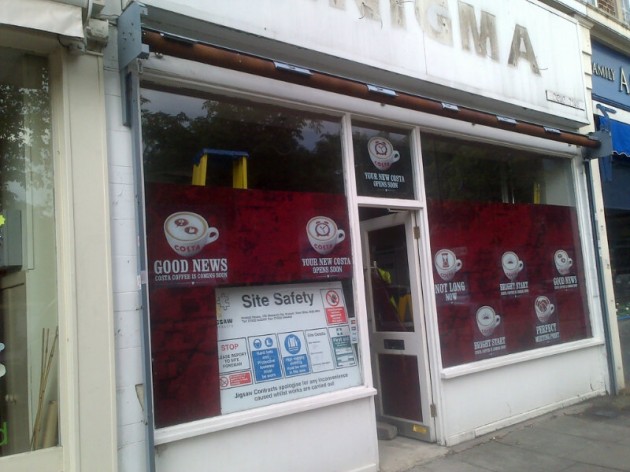 * As is traditional in these parts, I wish the staff of the forthcoming Costa – now a very visible reality – well in their endeavours.

* For those who have been wondering how best to enjoy the summer sunshine, and who were pipped on the Â£1.3m Joliffe site – here is a wonderful residence with pool on Draycot Avenue.Â Imagine afternoon tea (Belgique is handily close for buns) on that lawn, followed by a dip in the twinkling azure waters … the Wanstead Riviera? 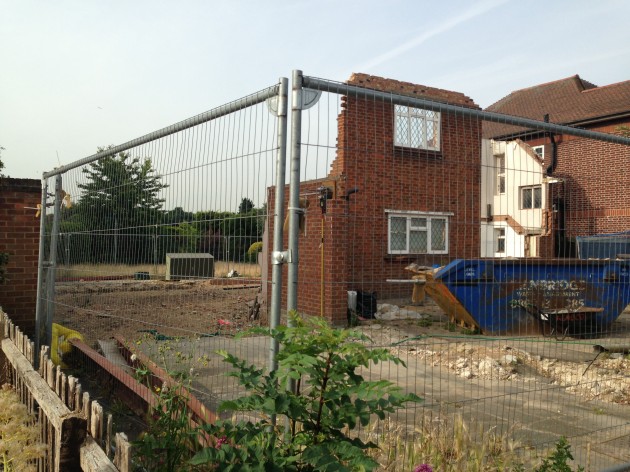 * And finally, friends: this house in Warren Drive appears to be undergoing minor cosmetic refurbishment at the moment. If memory serves, this is the same property that had an armoured vehicle parked on the drive for many months (see Wansteadium passim). A case of Tanks for the memories?