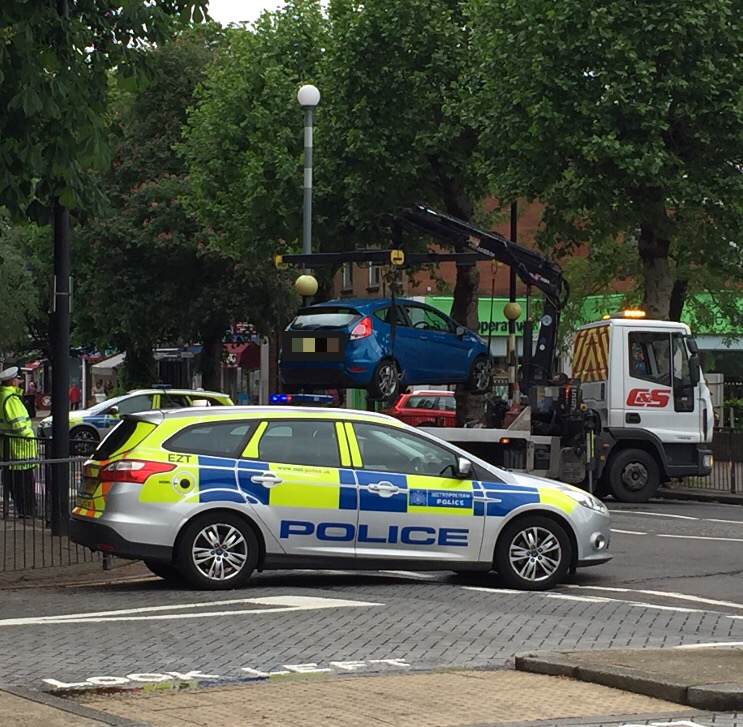 An elderly man died after a collision at the zebra crossing in Wanstead High Street on Tuesday morning.

The incident happened just before 9am during heavy rain and strong winds. Some hours later investigators were still at the scene and the High Street remained closed for most of the day. A small car was removed from the crossing.

The Wanstead Guardian reported that the man, in his 90s, died just after 1pm from head injuries. It said no arrests had been made.

4 Comments on "Pensioner dies in collision on Wanstead High Street"