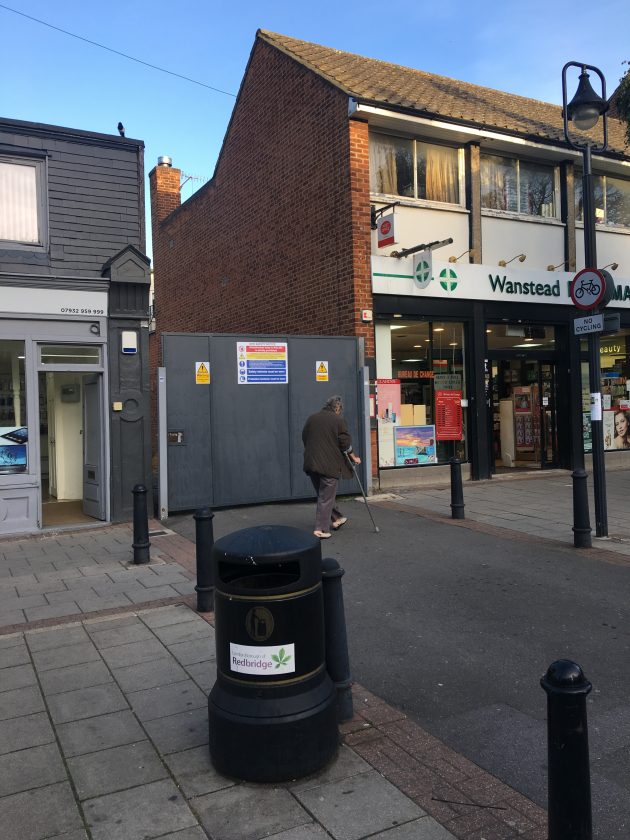 Work is beginning to fill the quaint gap between shopfronts in the middle of Wanstead High Street – the site for many years of Joliffe’s builders.

Planning permission was granted over the summer for the demolition of the distinctive wood-clad single storey building, and replacement with a new three-floored construction comprising seven one-bedroom flats, six two-bedroom flats and new shops.

The rear of the property, currently a yard, will lose its access to the road but will be replaced by landscaped garden.

The plans are far more modest than an attempted development in 2015 which was a mini shopping mall dubbed ‘The Cube’ and which was criticised for being out of character with the rest of the high street.

Planning officials are insisting on prior approval of bricks, roofing materials, windows and window frames, balconies and guttering, “to ensure satisfactory appearance and to comply with… the Redbridge Local Plan”.

Details of the plan are available on Redbridge.gov.uk under planning reference 0141/18.