Neighbours! Everybody needs good neighbours… As I once heard in a song by that man who now lives in the Caribbean. Call me retro, quaint, or just a stickler for doing fings proper but I’m a colossal stickler for neighbours looking after each other and doing reciprocal good turns. When it comes to ‘Front of House’ and the first impression cast by everyone’s frontage in our beloved Wa

nstead – I’m a martinet. A stickler for tidiness, a champion of beautifully turned out gardens, paths and yards (though naturally in as hedgehog-friendly a way as possible).

Desirability of an area is one of those gloriously wafty intangibles – an estate agent can wangle any type of fuzzy praise in honour of the ‘friendliness’ of a particular street or locale. But as a man of action, and a proudly-brandished iphone, I’m beholden to mention the recent technological transformation of the once-dusty organisation known as Neighbourhood Watch.

Thanks to social media, communities are rediscovering the benefits of looking out for their local patch, and getting to know each other better in the meantime. Special mention is due to Counties NHW group who have begun to embrace the possibilities of a free online community – @CountiesNHW on Twitter. According to ourwatch.org.uk, this week is Neighbourhood Watch week. Check out the site and see if you think you have time to support the renewed organisation in any way. 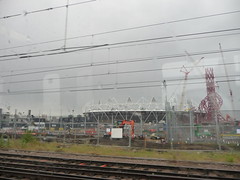 Irons? Any old Any Old Irons? Olympic discussion in this column has centred on the comedy advertised rents (standing tenants, I’d be hopeful you’re ok) or the possibility of the Arcelor-Mittal Tower knocking out East London’s TV signal. But after the games have been completed, and the fat cats have been dragged from their gilded troughs, by helicopter or warship, local sporting heroes West Ham United will move to the new Olympic Stadium, converted for their needs. Some would say that Wanstead High Street would benefit greatly from the Hammers’ move – indeed, it’s hard to imagine that local traders will miss the claret and blue traffic jams on 19 Saturdays of the season. I’d speculate that the reduction in stadium-ward congestion might well benefit the High Street – especially if the fans head back to Wanstead to drown their sorrows after the game.

Noseyness update: The house I mentioned in Grove Park last week seems to be on the market again. And on the other side of Wanstead, this particular house caught my eye. It’s a four-bedroom end of terrace in Chaucer Road, on sale for a fiver under Â£540k. One of the greatest joys of the internet is being able to see round other people’s houses at their best, and this house looks simply fabulous (with perhaps the most tasteful decor in Wanstead, I would venture to suggest, including a tres chic poster of Aung San Suu Kyi).

Pet hate of the week: Falling for the advertising trick of thinking there are suddenly lots more houses for sale, only to discover on closer inspection that the FOR SALE sign is actually advertising a primary school fete. GRRRR.

Spot anything property-wise that tickles your fancy? Let me know about it by e-mail – georgecparker@wansteadium.com. I’m a gentleman so discretion assured.