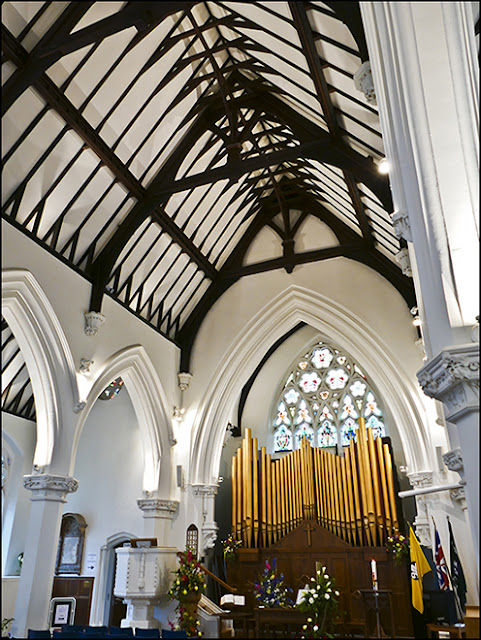 Happy 150th birthday to Wanstead United Reformed Church! Geoff Wilkinson took this picture, and writes on Wanstead Daily Photo: “I have photographed Wanstead United Reformed Church several times, you can see a picture of it bathed in late afternoon sunlight here. A few days ago I had the opportunity to have a look around inside, I have to say it is beautiful. When you enter most churches they appear oblong (apologies I don’t know the architectural term) this is more of a square and appears very homely. It is very light and airy inside like another of my favourites, St Mary the Virgin in Overton Drive.

The United Reformed Church has had an interesting past. It was transported brick by brick by horse and cart from its original location in St Pancras to Wanstead in 1865. In September 1940 it was hit by three bombs during an air raid and the crypt was used as an air raid shelter. If you are passing and the doors are open do pop in and have a look around, like all of Wanstead’s churches it is wonderful.”