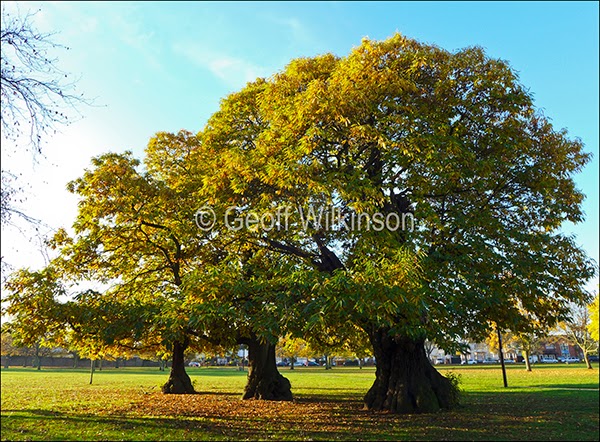 Geoff Wilkinson writes on Wanstead Daily Photo: “This is another photograph taken on George Green… it seemed a shame not to make the most of the light. I’ve always assumed these trees were planted as a group but as you can see from the picture there appears to be an age difference, youngest on the left etc”

These trees – and a couple of other venerable survivors on Christchurch Green – were probably planted by Sir Josiah Child in the late seventeenth century, or his son Sir Richard (later Earl Tylney of Castlemaine). They were part of the great avenues which radiated from Wanstead House to Eagle Pond to the north, Leytonstone to the west, and Capel Road to the south.