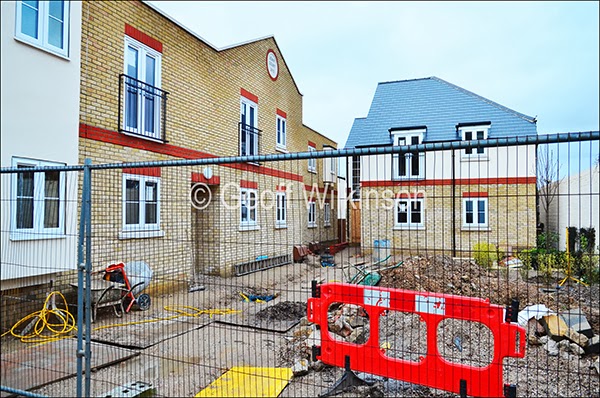 Geoff Wilkinson writes on Wanstead Daily Photo: “There’s a new road in town. Well it’s not actually a new road rather a new ‘Row’. I spotted it last weekend as I was walking along Nightingale Lane, it’s at the top end opposite Wanstead United Reformed Church. Stables Row as it’s now called always provided rear access to the shops on the High Street and presumably in the past to stables. At the far end on the right hand side was a warehouse that the late antique shop used for storage, next door was a collection of smaller buildings that were once the premises of a wholesale butcher. Excellent sausages so I am told. Anyway as you can see from the pictures it has now been given over to a building project that appear to be low rise flats. I’ll be interested to see how they look when completed, no sign of an agents board just yet.”