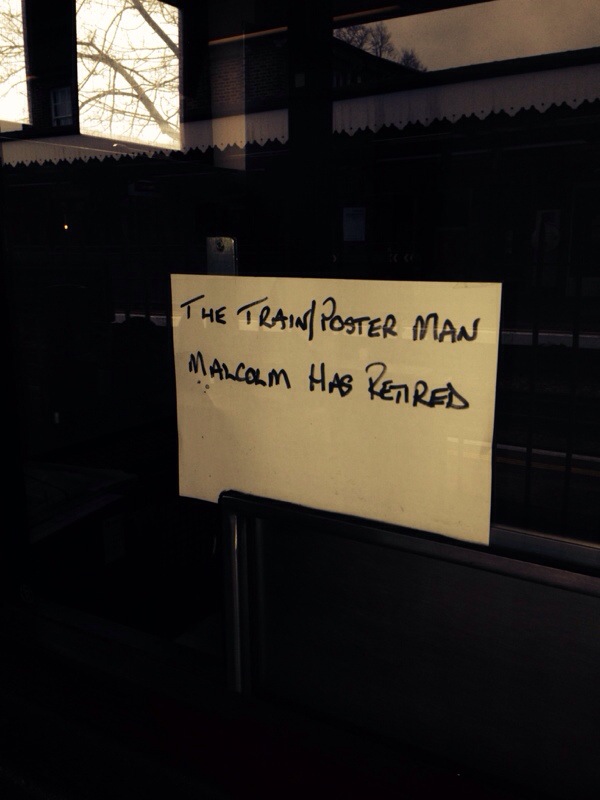 Commuters were relieved that things were back to normal on Friday morning. But fans of the Snaresbrook Tube cinema run by Malcolm Parker, a member of the station staff, would have been disappointed to see the above sign.

Malcolm’s films from train drivers’ cabs – a bit Night Mail to some – and his collection of London Underground posters of various vintages was celebrated on the web in 2011 when he started his curating.

As well as wishing him the best for his retirement, Wansteadium will now be trying to persuade Malcolm to bring his collection to make an installation for this year’s Wanstead Fringe, if indeed there is one. After all, we are on the brink of Snarebrook Station’s 150th anniversary.

3 Comments on "Farewell to the Snaresbrook Tube cinema"