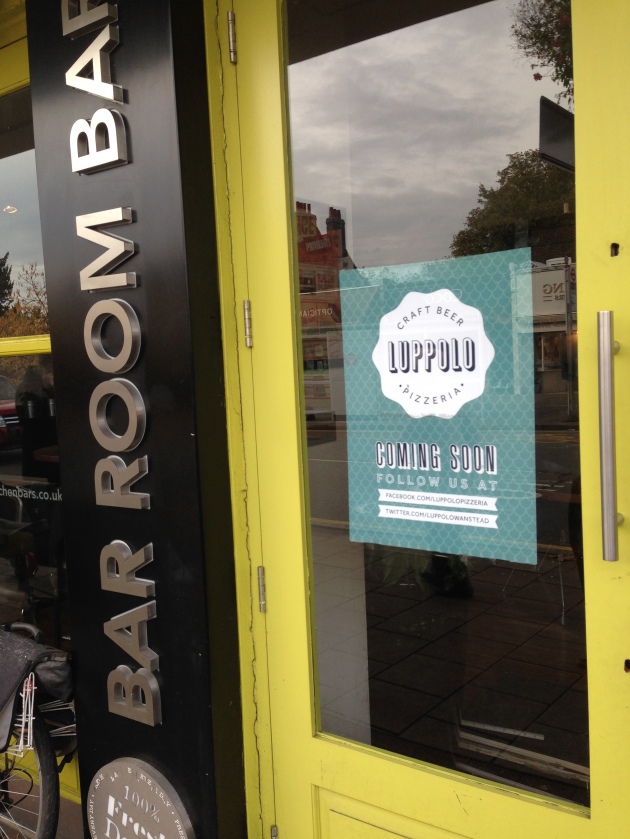 It’s all a matter of taste, of course, but for fans of trendy East London pubs the renovation going on at the former Bar Room Bar seems like it could be very good news.

The new establishment – believed to be just over a week away from opening – is to be called Luppolo and describes itself as “a buzzing neighbourhood pizzeria with an obsession for amazing craft beer”. It’s being run by Declan Perkins who is the fellow behind the Lauriston in Victoria Park and the Hanbury Arms and the Regent, both in Islington.

Among the beers on offer will be Luppolo Pale Ale, made especially for the bar by the Hackney Brewery, along with other craft beers. It will also serve the Wanstead-based Hawkes ginger beer. It gives the impression too of wanting to make the most of its opportunity to sell good fresh pizzas.

The name Luppolo is, we’re told, Italian for hops – a crop Wansteadium has never particularly associated with Italy. This article backs that up – saying hops are not common in Italy and that beermakers there rely on the grain or even grapes. Never mind – the combination of beer and pizza will no doubt be popular if done well and affordably.

It’s amazing to note that this time last year, the Duke and Manor House were still unrefurbished and the Wanstead Tap a mere railway arch. It’s like London buses. (Or autobus di Londra, as Google Translate says they say in Italy.)

18 thoughts on “What? ANOTHER trendy bar?”