A sudden burst of work has been taking place at the old Cottage Antiques shop on Wanstead High Street, the building which is tucked away, almost out of sight, and which seems somehow to have been overlooked from a previous era. 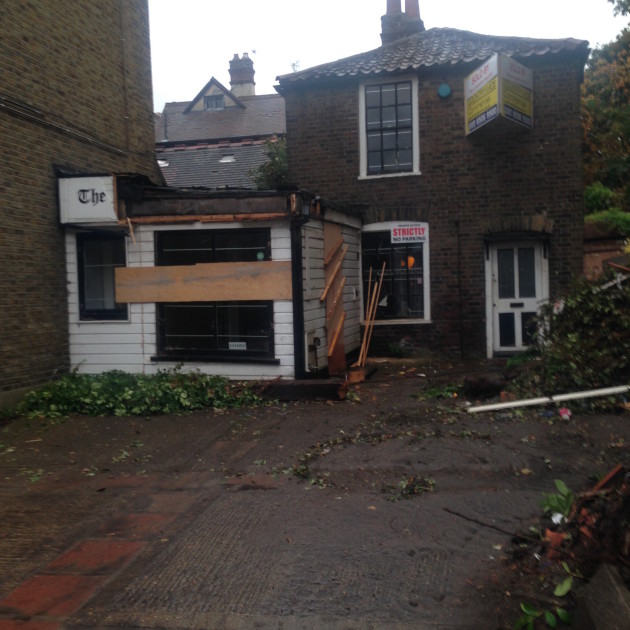 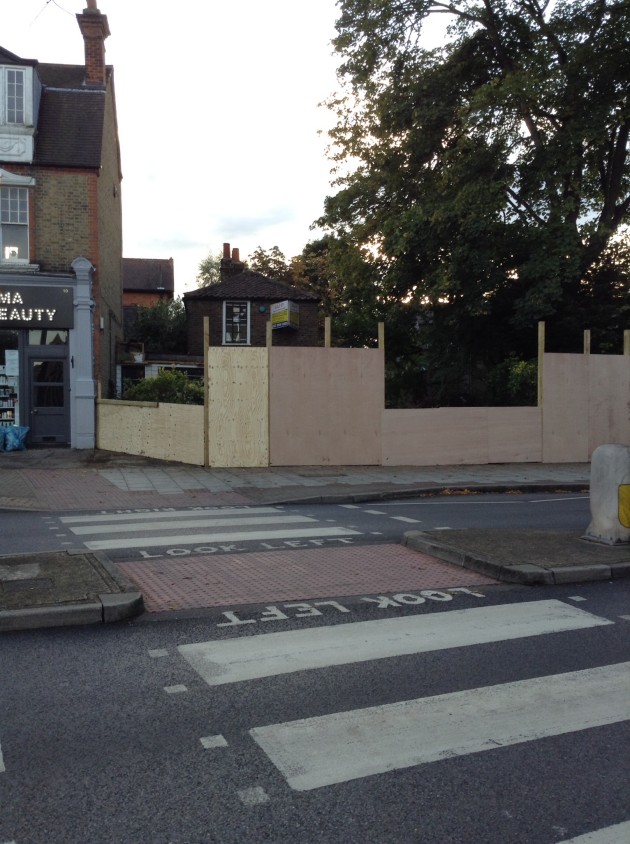 On Monday trees were cleared from the front, and on Tuesday, hoardings went up, causing alarm in some parts.

The building has not been used as an antiques shop for some years, and was sold recently. The new owner has applied to Redbridge Council for permission to demolish the single storey buildings at the front, side and rear of the cottage. In their place he wants to build a new two-storey extension at the side and convert it into two new homes.Â As part of the work, he plans internal and external repairs, including replacement of windows with timber sash frames.

[See update below]Â Though clearly old, it is not one of Redbridge’s “locally listed” buildings.

UPDATE: Thanks to RobespierreÂ who has found the links to the original planning permission which was approved in April this year, and which imposed certain conditions on the scheme, including that the materials used for the external surfaces of the extension should match the existing building, and that trees on the site should be protected.

13 Comments on "What’s going on with the old antiques shop?"