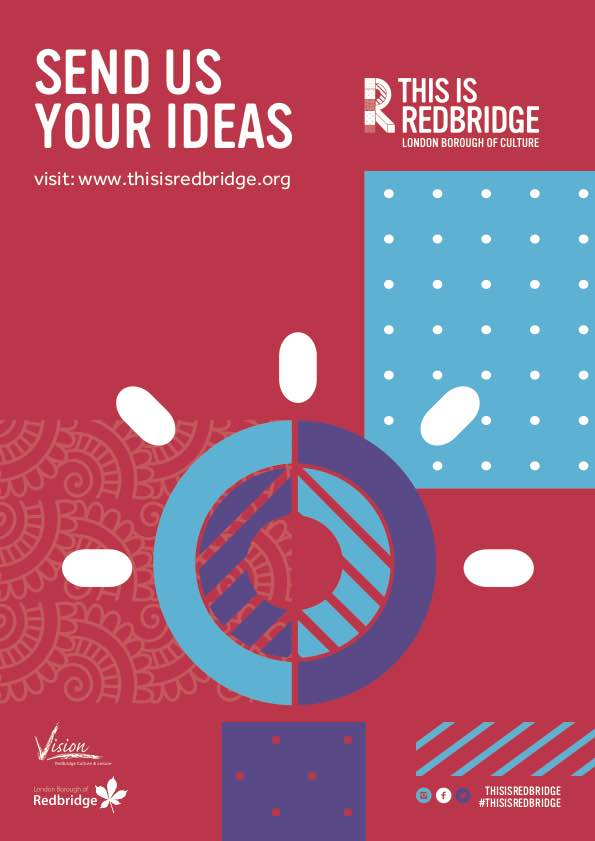 Redbridge is bidding to become London’s first Borough of Culture in a new competition being run by the Mayor of London, Sadiq Khan. The competition would see a prize of a million pounds in funding for cultural activities and would bring a London-wide focus to events in the winning area.

Some of London’s leading arts organisations, including the Tate and Shakespeare’s Globe, have said they will partner with the winning borough to stage events.

As part of the preparation of the bid, Redbridge is asking for ideas for cultural development – which can be submitted via the bid’s website, thisisredbridge.org or via Twitter with the hashtag#thisisredbridge.

Thanks to its involvement in the Wanstead Fringe, Wansteadium reckons a good supporting role could be played by what goes on here (and will be suggesting that if a planning proposal were ever approved for the Evergreen Field, it should include provision for a flexible arts & cultural events space).

2 thoughts on “A bid for Redbridge”