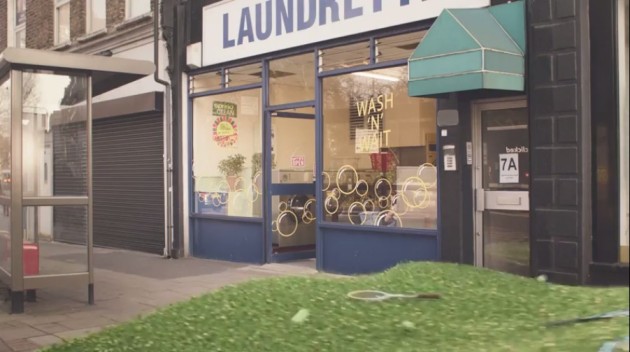 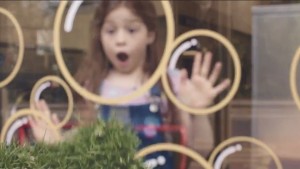 Just over a year after Wanstead Barbers appeared in a Coral TV advert, it’s now the turn of the Laundrette. It’s a brief glimpse in this Highland Spring advert which was shown first on Monday.

The same laundrette, incidentally, which last appeared on these pages when smoke was seen billowing from inside. The filming does at least explain the new transfers on the window, which were hitherto an unexplained decor detail.

(Update Tuesday pm: The video has for some reason been removed from YouTube. We’ll hunt for a copy.)