The wave of mobile phone snatching by moped riders which has hit central London in the past few months has arrived in Wanstead.

On Sunday morning, Wansteadium reader Azi became victim to the crime which has risen more than ten times since 2014. Offenders steal mopeds or scooters, and then drive past pedestrians or people standing on street corners and snatch the phone from their hands, then accelerate away.

“I was robbed on Sunday by two men on a motorbike on New Wanstead. They took my mobile. When I called police said the bike was stolen too. They later abandoned the motorbike which police found in the evening. It happened at 11.10 in the morning on a busy road. Just wanted to warn everyone in Wanstead to be aware of it and watch out.”

These figures from the Met indicate the growth in the crime. 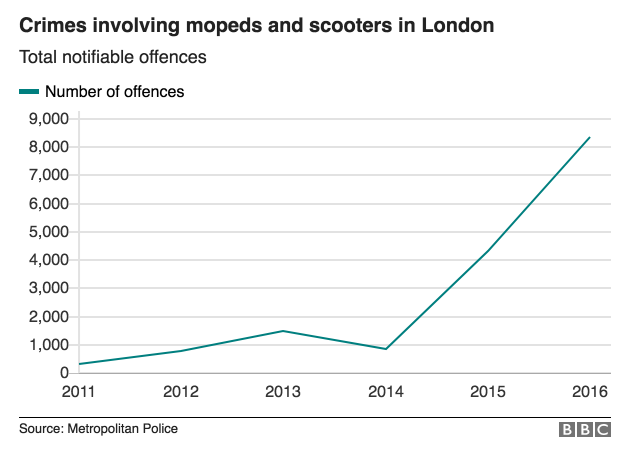 The Met has also issued the following advice to pedestrians to avoid becoming victims to the crime. 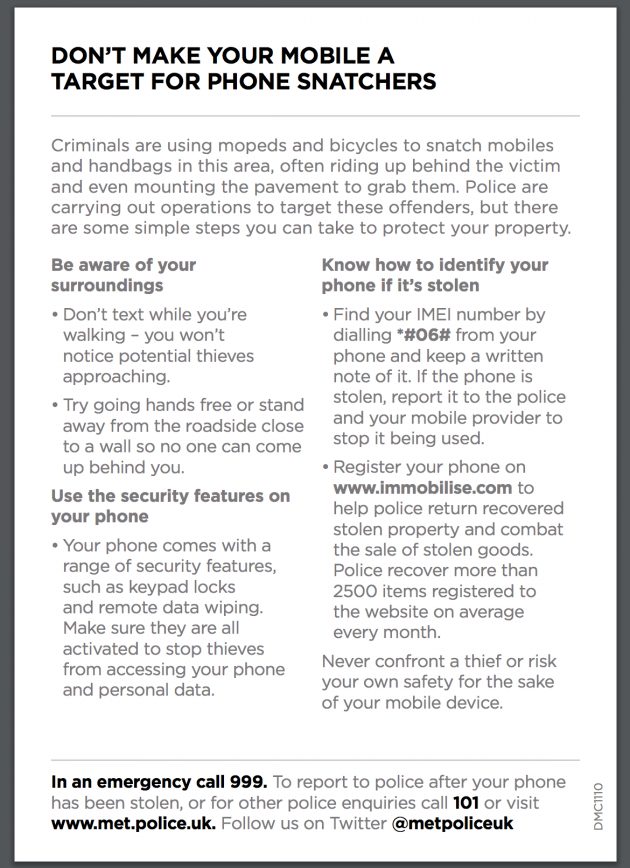