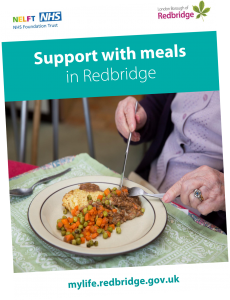 Redbridge Council says it will in fact save money from the withdrawal of Meals on Wheels which have been axed across the borough from today (1 August).

The council issued a statement saying it will be saving more than £200,000 a year from the move. Its previous statement, a Freedom of Information response which said there would be no savings, was issued in error, it says. It has apologised for the mistake.

We wish to clarify some points regarding the recent response to the FOI request about the Community Meal service coming to an end on 31 July.

The Council finds itself in a very difficult situation – its income from Central Government has reduced by 40 per cent. This has meant we have had to make some difficult decisions in these tough times.

One such decision was to remove the subsidy for the Community Meal service over a two year period, resulting in an annual saving of £207K from April 2018/19.  Our hope was that this service would become self-sustaining without the subsidy.  However it became clear earlier this year that this was not viable.

We looked at many different ways to continue the service, but none were financially possible.  This led us to the difficult decision to close the service and support residents in other ways.

Up to the end of July 2017, 197 people were using the service and we are working closely with them to ensure they are able to access other suitable services and support.  As with any resident, if someone has an eligible care need the costs will be met through the relevant care budget.

We know that this may be an unsettling time for some users and families; but we will be providing as much support as necessary to make the transition to alternative options as smooth as possible.

2 thoughts on “Redbridge: We WILL save money”