From Monday, 5 January, the price of parking at Snaresbrook and Wanstead station car parks is going up again, to Â£6 and Â£5 respectively, rising from Â£4.50 and Â£4.

It was in September 2010 that Wansteadium last reported on price hikes at these carparks, when they rose from Â£2.70. It means that in less than three years, Snaresbrook prices have risen by more than 100%. 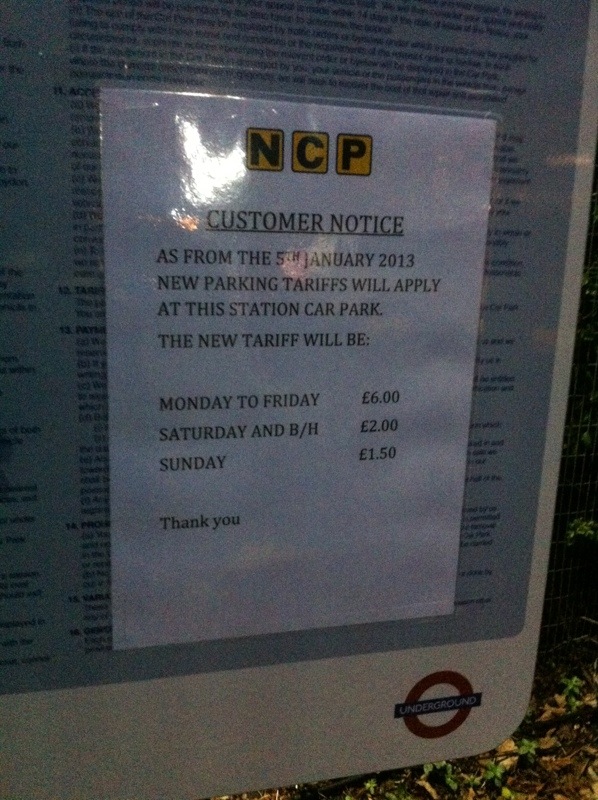 Different prices will apply in both car parks at weekends and on Bank Holidays. But during the week – even in the evening – the flat rate approach used means the full whack even if parking for only an hour. This means technically one could park more cheaply for an hour near Harrods (Â£3.60) than in the carpark near the Ironing Board.

A spokesman for TfL which sets the rates told the Wanstead Guardian that it was bringing them in line with local competitors. “This is the first increase in charges in more than two years and our charges remain below the market rate,” he said.

However, the rate at Grove Park car park, run by Redbridge Council, is 80p for the first hour, rising to Â£5 for longer than three hours.

The future of on-street parking in Wanstead is still undecided, with a number of roads currently in the middle of a 12-month trial of residents’ only parking in a bid to deter commuters. The price rises may, however, simply make it more worthwhile for commuters to walk further to pick up the Central Line, potentially spreading the parking into other Wanstead roads.