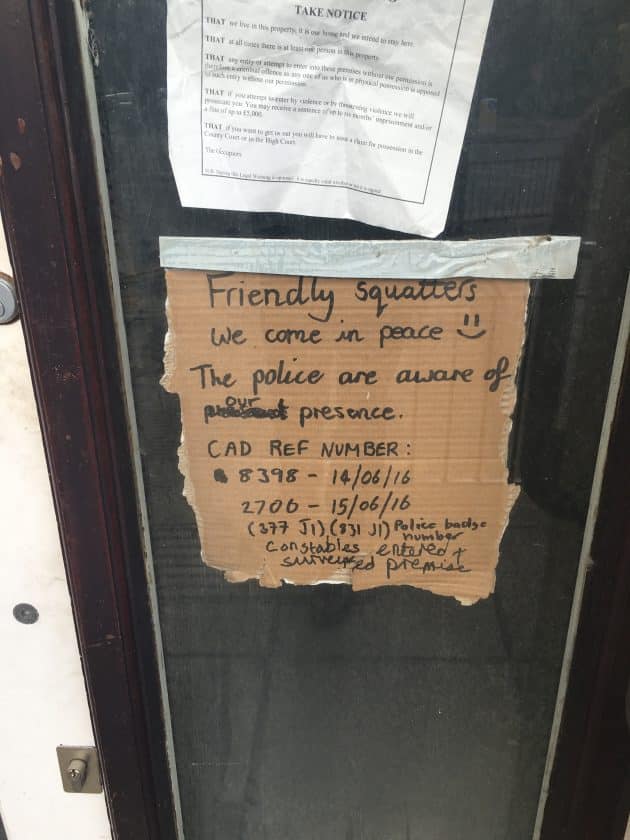 Squatters have moved into the former Barclays bank on Wanstead High Street. The police have been, as have representatives of Sainsbury’s. But the squatters do not – yet – have to move out. Why?

Sainsbury’s now owns the site and is considering its options for opening a shop there. It has instructed its lawyers to try to get the property empty as soon as it can, but these things can take time.

Traditionally squatting isÂ not a crime. It has often in the past been regarded as a part of political protest, sometimes against landlords who allow property to stand empty. After WWII, many servicemen and their families squatted in empty houses simply because they did not have anywhere else to live. If people live in properties for up to 12 years, even as squatters, they can then claim that the property should become theirs. Owners would need to obtain court orders to have squatters evicted – defying a court order is a crime. 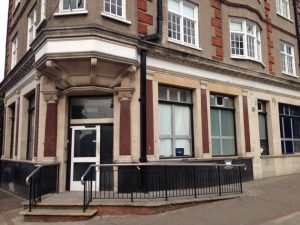 In the 1970s, legal protection was introduced for people who were squatting in properties. It became a criminal offence to use force against them or even to enter a property where they were living. This was in part to stop intimidation and violence by rogue landlords. The notice that the new occupants of the former Barclays have put on the door (pictured above) is what’s known as a “Section 6 warning” and serves as a reminder that the law protects squatters as well as landlords.

In 2012 the law was changed again to make a distinction between residential and non-residential property – to squat in someone’s house or flat now is a crime, but not an empty office space. The government issues this advice:

A non-residential property is any building or land that isnâ€™t designed to be lived in.

Simply being on another personâ€™s non-residential property without their permission isnâ€™t usually a crime. The police can take action if squatters commit other crimes when entering or staying in a property.

One of the squatters told the Wanstead Guardian that the 20 occupants of the building met during the Occupy protest at St Paul’s in 2011 and have since squatted at several properties in East London. She said:

â€œWe are just a bunch of young creative people looking to make a political statement about the right to occupy unused buildings… There is a massive housing crisis with more and more people being made homeless all the time, so it seems a bit hypocritical to say 20 people canâ€™t find a home in an empty building.â€

The tenant of a flat above the premises, identified as Jamshed, told the paper that he was concerned for the safety of his family. “Some of them seem friendly, but they refuse to say who they are so we canâ€™t trust they have good intentions,” he told the paper.

A spokesman for Sainsbury’s told Wansteadium that the firm had instructed its lawyers to apply for a court order so that the squatters could be evicted as soon as possible.

5 thoughts on “So what is the law on squatting?”