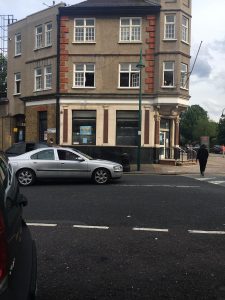 The squatters at the former Barclays bank have, according to new owners Sainsbury’s, left the premises.

A spokesman for the supermarket told Wansteadium that it had gained access to the building and that the squatters had moved on. Its contractors are now securing the site and will be doing more maintenance throughout the week.

Sainsbury’s won a court order on Friday allowing it to regain access.