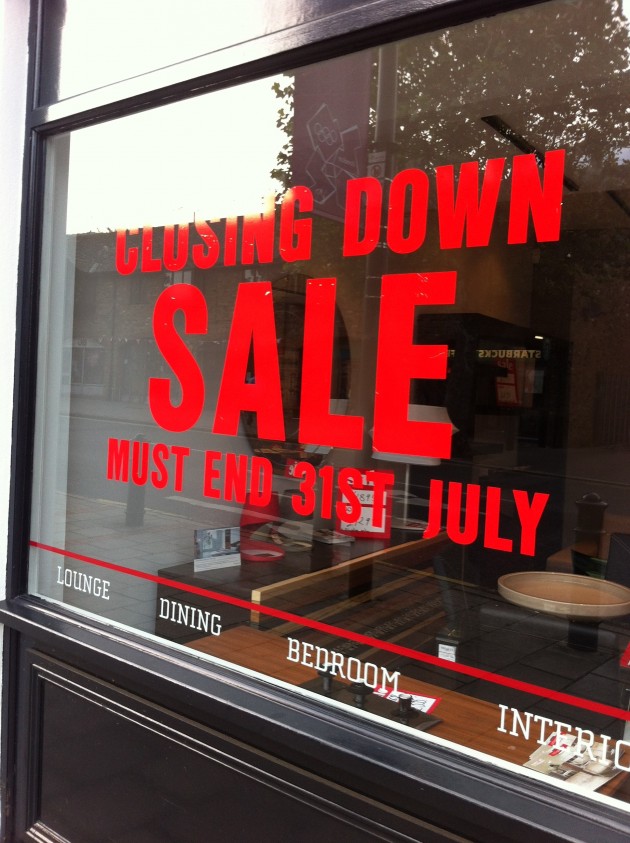 High class designer furniture shop One Deko, which bravely attempted to give Wanstead High Street a second go a year ago, is finally making itsÂ melancholy, long, withdrawing roar. A sign placed in the window on Saturday reads:

“It is with regret that we will finally close our Onedeko branch here in Wanstead. We would like to extend our sincere personal thanks to all who have shopped here over the past five years. If business success was measured in goodwill and support this shop would not be closing but unfortunately its closure is a purely commercial business decision.”

The note also promises that all outstanding orders will be fulfilled, that the Spitalfields branch is remaining open, and that the shop is open to offers for any stock on display.Â It was in March last year that a previous incarnation of the shop died, only for it to return (amid much Twitter speculation) with a new lick of paint exactly a year ago this weekend.

The closure leaves a prime shopfront open to any entrepreneurs, though this is clearly not the right premises for the much wished-for Robert Dyas to open. (Incidentally, Theo Paphitis – no stranger to Wanstead – recently bought Robert Dyas. We will be tweeting him this article.)

However, the interesting tale of the former chocolate shop continues. The Wanstead Society has lodged complaints that the upstairs windows are not actually sash windows, and the developer is obliged to reinstate the former building. But the newly installed shopfronts clearly have a bit of class about them.

And an interesting point to note for those who appreciate this kind of thing: in an energy saving move, the milk in the new Co-op is – like other chilled goods – not on open shelves. 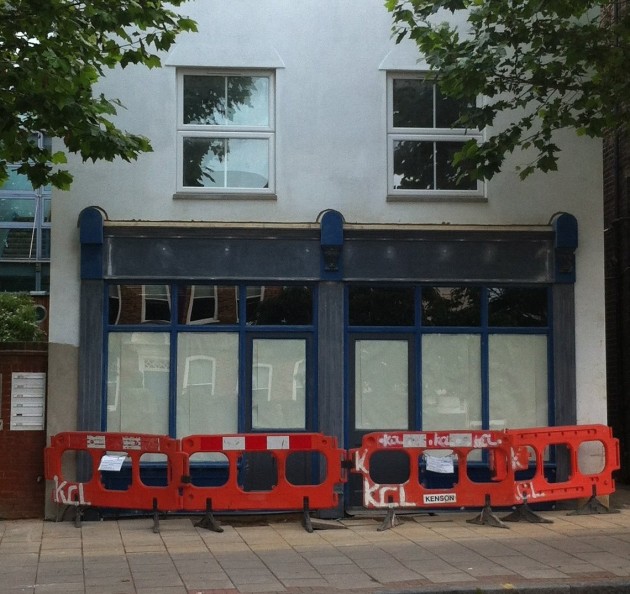 One thought on “Wanstead shops update: It really is farewell to One Deko now”