Wanstead Tube station has come out second highest on the whole London Underground for passenger injuries. There were 22 injuries recorded in 2017, compared to seven for South Woodford and three for Snaresbrook.

The figures for local stations are:

No explanation has been given for the figures, or rationale as to what makes stations more dangerous than others. Wanstead’s relatively long escalators, for instance, might be a factor, but it still has more accidents per passenger than Holborn (2.06) or Angel (1.19) which have longer escalators.

The data was released by TfL and published by Accident Claims Advice, which has produced this map based on the figures. 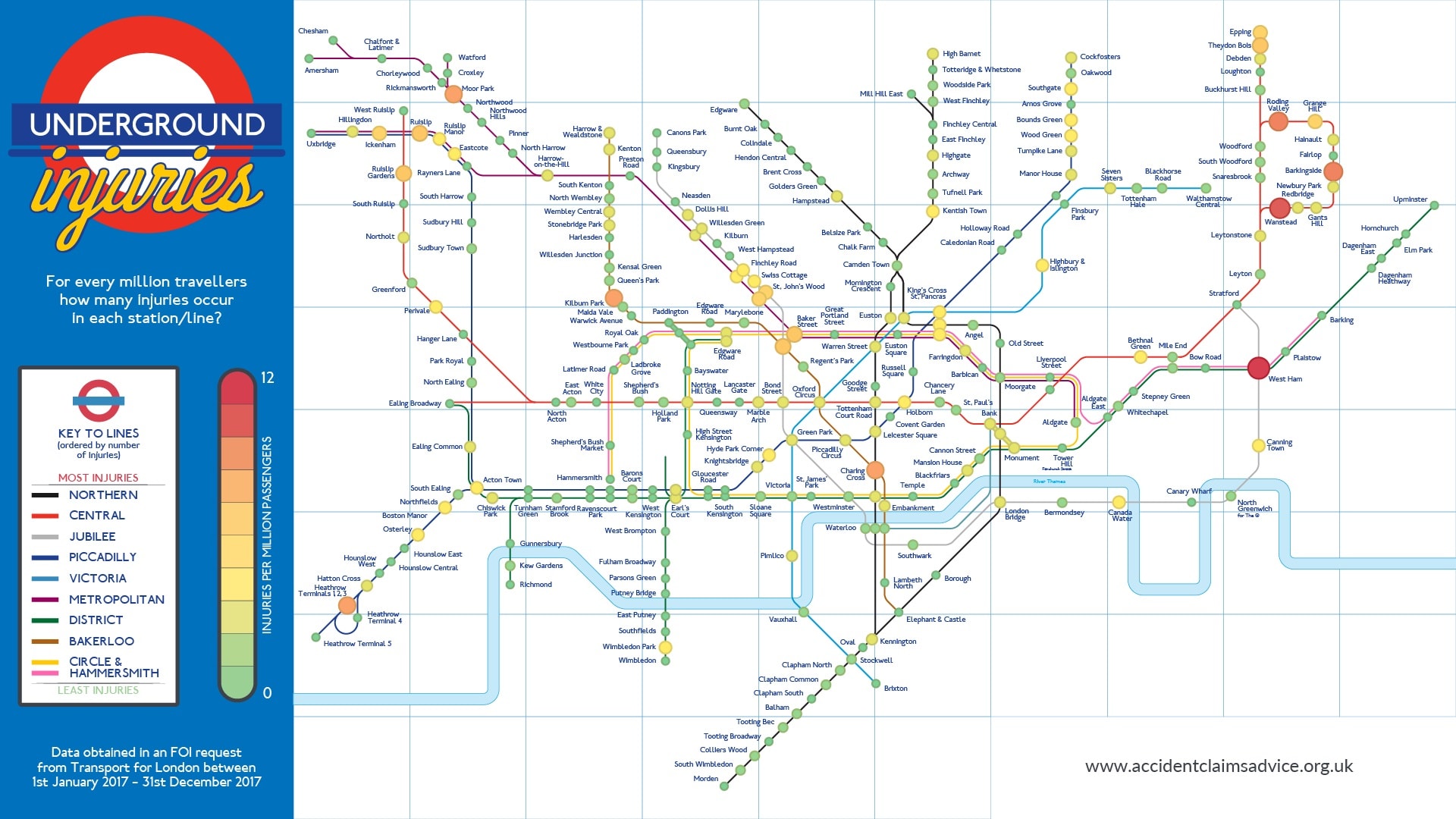