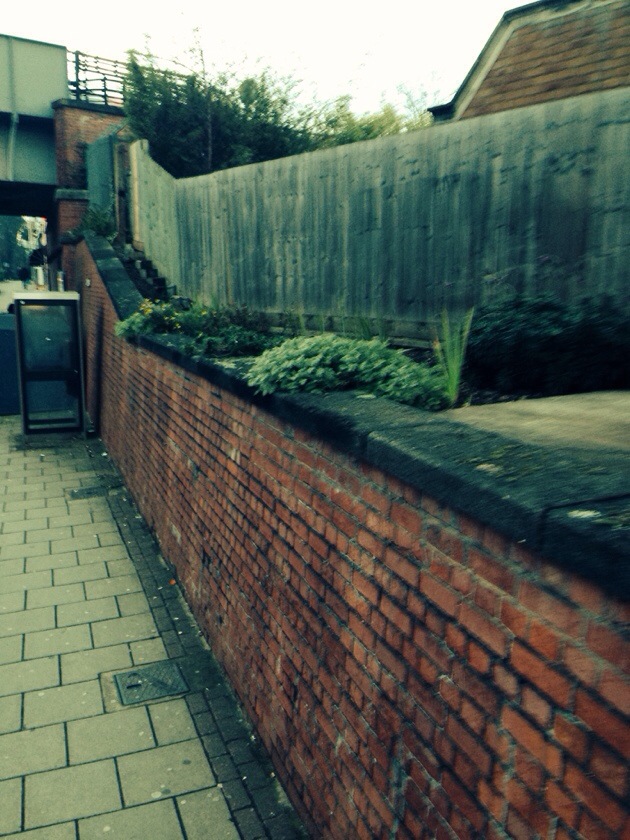 There’s much interest in the former coal merchants/builders’ office which last week Wansteadium pointed out had been turned into a one-bedroom bungalow which is now on sale for Â£300,000.

Along the side of the property, behind the building, the land tapers to a longish, thin strip. Since it’s directly on to the High Street pavement and at eye level, it is pretty visible. In this plot, unpromising though it might seem – especially so since the office was empty for so long – there is a little bit of garden which in summer is quite attractive.

How so, one might ask. The answer is Wanstead’s own guerrilla gardener, Marian Temple, one of whose passions is tending unlikely bits of Wanstead in the interests of making them beautiful slices of greenery. Her own garden is the subject of much admiration, as is the well-known garden at the Corner House which she looks after with other volunteers. But less well-known is her freelance creativity.

Who knows, if the vendor of the property should be lucky enough to obtain their asking price, they might just decide they could afford to make a donation to Marian to help buy some bulbs for her next green slice of Wanstead, wherever that may be.