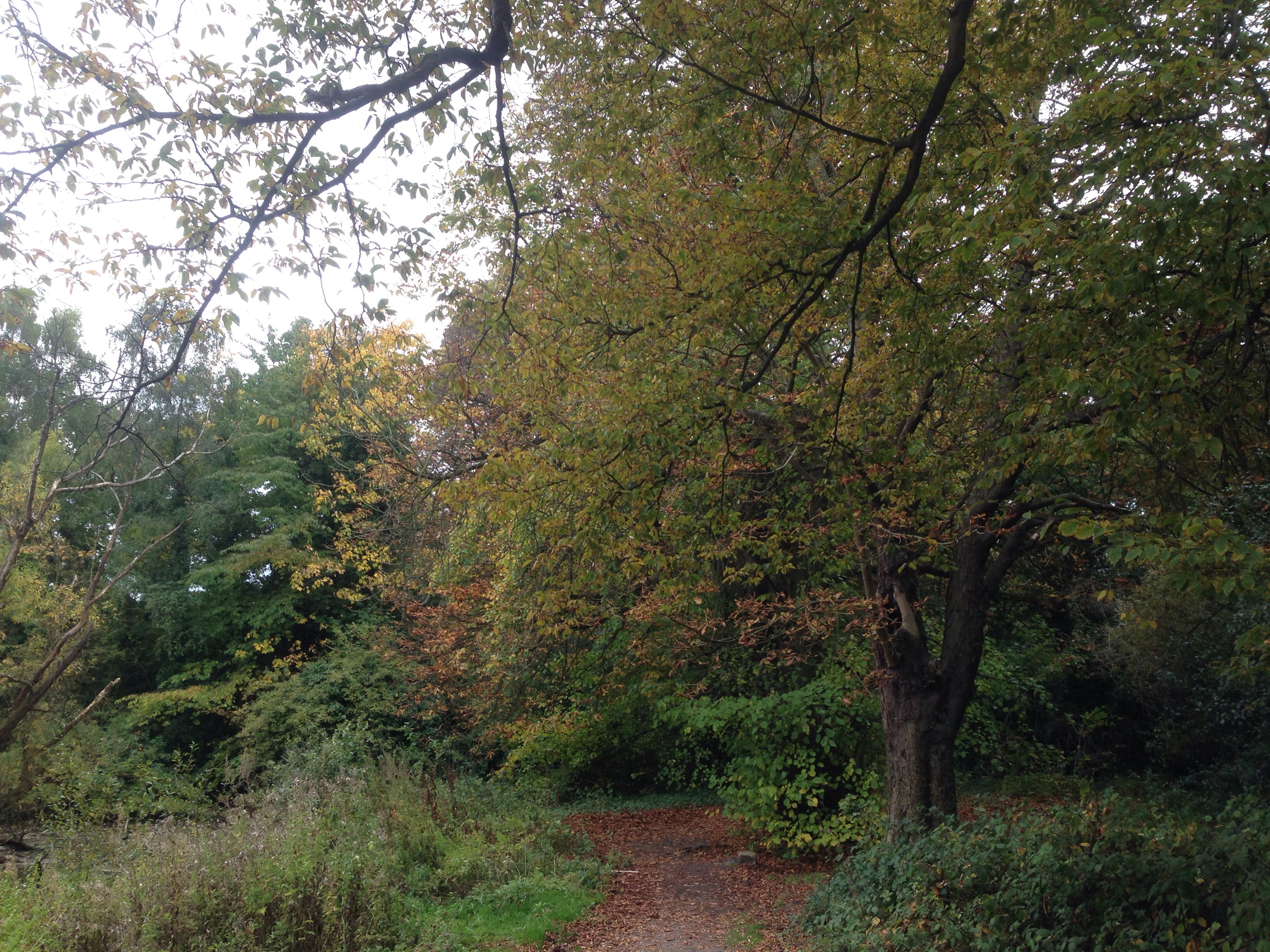 In Wanstead it’s well-known that you can’t see South Woodford for the trees. We love our trees. Which is why Wansteadium is delighted to introduce our first arboricultural correspondent, Scott Whitehead. Please send any photos you have of particularly colourful displays – send them to info@wansteadium.com.

It’s been a superb fruit harvest this year helped at both ends of the growing season by favourable weather conditions.

Cold nights and often chilly days in April helped to preserve and prolong the spring blossom â€“ a factor that would have had a positive effect on fruit production. Though drought conditions characterised May, June and the first half of July, rain in August arrived at just the right time to fatten the harvest. And dryer, calmer weather in September ensured that the apples and pears stayed on the trees as long as possible. 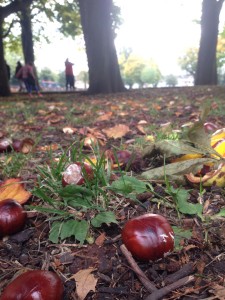 Recent walks through a sundrenched, serene Wanstead Park have also been characterised by the constant thud of another autumn favourite falling to the ground: CONKERS. It seems that what has benefited the fruit has also been good for this product of the many horse chestnut trees. Though local specimens have been suffering from the leaf miner pest that results in leaves turning brown and shrivelling prematurely, it does not seem to have affected the conkers â€“ hundreds litter the forest floor just waiting to be picked up.

The story behind the mature trees in Wanstead Park â€“ several of which turned 200 this year â€“ is a fascinating one.

Magnificent specimens of oak, horse chestnut, sycamore and holly stand alongside half-rotten victims of gales over the past 200-odd years. But despite storms and floods, the biggest nemesis to these trees was the former owner of the park, William Long-Wellesley. As well as demolishing Wanstead House in 1823 to help clear his debts, Long-Wellesley also sold thousands of mature trees, despite local opposition and a court injunction brought by Sir Edward Sugden, who was seeking to restrain Long-Wellesleyâ€™s depredations on his childrenâ€™s inheritance.

A court report from the time states that Long-Wellesley had marked 2,000 trees for sale, which would have included hardwoods, such as oak, chestnut and elm and perhaps walnut and lime. To quantify that figure, it should be noted that the last full tree survey of the park, not including Bush Wood, in April 1990, listed just over 800 trees.

Richard Arnopp, committee member of the Friends of Wanstead Parklands, said: â€œThere is general agreement that Long-Wellesley left the park more or less devastated, but the wooded areas subsequently regenerated within their former footprints, helped by later planting and management by the Corporation of London.â€

It is not clear who bought the trees, though oak was especially valuable at the time for shipbuilding, which was still some decades away from the shift from timber to iron. Britain was at the end of the first Industrial Revolution and timber suitable for making masts, a crucial requirement for any sailing ship, and one that often had to be replaced after storms or wear, was difficult to find.

It was also a cold period. Just over 10 years previous the Thames froze over for the last time and winters were frequently very cold and snowy. Wood was one of the principal methods of keeping warm â€“ house fires would have been burning through the winter â€“ anyone with a wood stove would know just how much wood you can get through, even in an average winter. As well as selling timber, Long-Wellesley reportedly sold the topsoil of Wanstead Flats to nurseries as potting compost.

Most of the mature trees in the park today would have been saplings in the 1820s, thus escaping the attention of Long-Wellesley. According to the Debois survey from 1990, the cedar tree near the Ornamental Water – dubbed the ‘Tree of England’ because of its shape – has this year reached its 200th birthday.

Also 200 years old this year are the three magnificent oaks next to the Temple, one of which has increased in girth from 319cm to 372cm since 1990. The trees were protected for future generations when the Epping Forest Act was passed in 1878. Since that time, the Corporation of London has managed their welfare and a new initiative will soon step up this care and reinstate even more of what was lost during Long-Wellesleyâ€™s tenure.

* For more details on the trees in Wanstead Park, see http://www.wansteadpark.org.uk/Â . Scott has studied forestry and arboriculture atÂ Capel Manor College in Enfield. You’re welcome to send any tree-related thoughts or questions to him at info@wansteadium.com

1 Comment on "Exclusive! A bumper year for Wanstead trees"